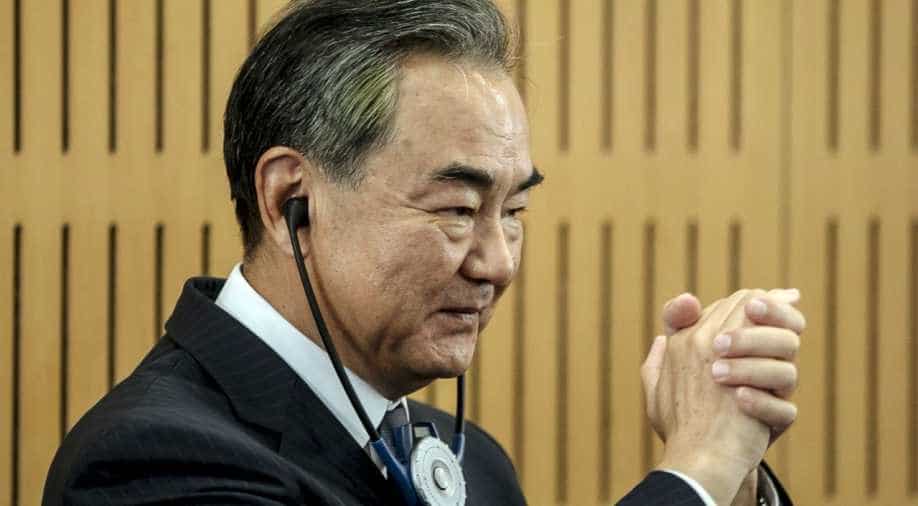 China has long suspected the Uighurs, who are mostly Muslim, of harbouring separatist tendencies because of their distinct culture, language and religion.

China's Foreign Minister Wang Yi -- on his first European tour since the virus pandemic erupted -- said in Paris on Sunday: "The rights of all trainees in the education and training program, though their minds have been encroached by terrorism and extremism, have been fully guaranteed."

He also sought to revive trade and relations strained by the resulting global health and economic crisis.

He told a conference at the French Institute of International Relations: "Now all of them have graduated, there is no one in the education and training center now. They all have found jobs."

China has long suspected the Uighurs, who are mostly Muslim, of harbouring separatist tendencies because of their distinct culture, language and religion.

The Chinese government has detained an estimated 1 million or more members of ethnic Turkic minorities in Xinjiang, holding them in internment camps and prisons where they are subjected to ideological discipline, forced to denounce their religion and language and physically abused.

At a meeting Friday with Wang, French President Emmanuel Macron expressed "his strong concern about the situation in Hong Kong, and around human rights, notably the Uighurs, and the need for China to respect its international commitments," according to Macron's office.