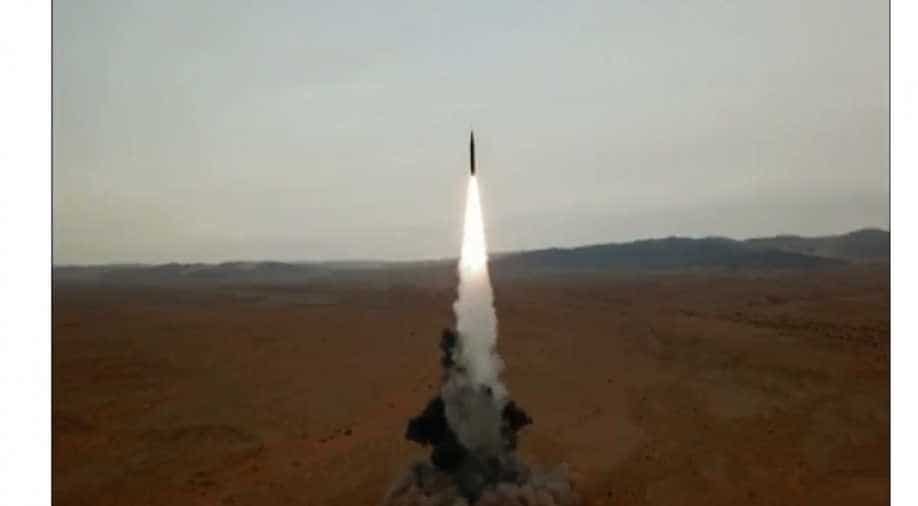 The test is of defensive nature and is not aimed at any country, China's ministry of national defence said.

China's ministry of national defence said the test was conducted within its borders and "reached the desired objective".

The test is of defensive nature and is not aimed at any country, the statement added.

The missile test comes amid heightened tensions between China and Taiwan even as the Biden administration expressed strong support for the self-ruled island.

Taiwan had reported Chinese jets and bombers had entered its air defence zone as it deployed air defence missile systems. China said it was necessary to "safeguard national sovereignty and territorial integrity."

China's Taiwan affairs spokeswoman Zhu Fenglian said: "solemnly warn external forces to stop interference and sternly warn... separatist forces to stop provocations" while stressing that it reserves the option to "take all measures" including the use of force.

On Thursday, a US warship sailed through the Taiwan Strait in the first such voyage since the inauguration of President Joe Biden last month.

The Seventh Fleet said: "The voyage by the USS John S. McCain demonstrates the US commitment to a free and open Indo-Pacific". "The United States military will continue to fly, sail and operate anywhere international law allows" even as China said it was "closely monitoring" the situation.

Foreign ministry spokesman Wang Wenbin said China would "continue to be on high alert at all times, respond to all threats and provocations at any moment, and will resolutely safeguard its sovereignty and territorial integrity".