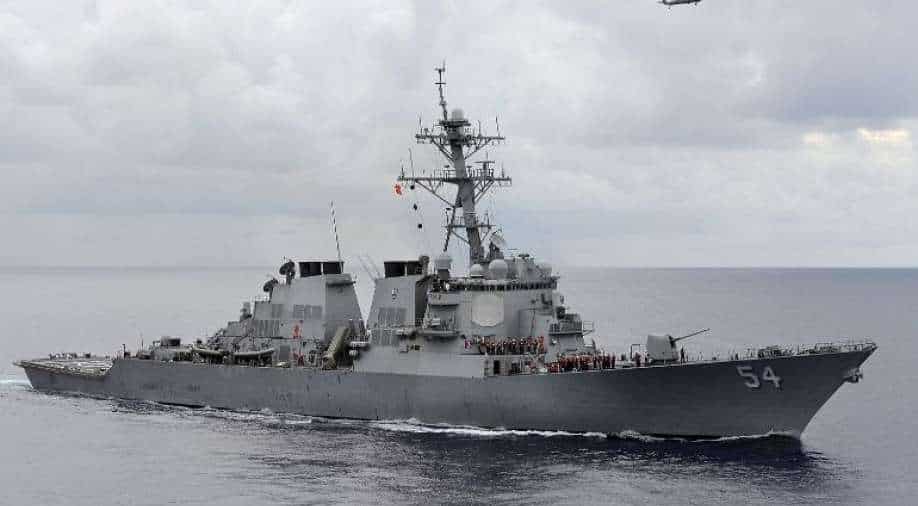 China condemned the United States on Wednesday as the region's greatest security "risk creator" after a US warship again sailed through the sensitive waterway that separates Taiwan from China.

"The ship's transit through the Taiwan Strait demonstrates the US commitment to a free and open Indo-Pacific."

The People's Liberation Army's Eastern Theatre Command said their forces monitored the vessel throughout its passage and warned it.

"The US side is intentionally playing the same old tricks and creating trouble and disrupting things in the Taiwan Strait," it said.

This "fully shows that the United States is the greatest creator of risks for regional security, and we are resolutely opposed to this".

Taiwan's Defence Ministry said the ship had sailed in a northerly direction through the strait and the "situation was as normal".

The same ship transited the strait a month ago, prompting China to accuse the United States of threatening peace and stability.

That incident followed the Group of Seven leaders issuing a joint statement scolding China for a series of issues and underscoring the importance of peace and stability across the Taiwan Strait, comments China condemned as "slander".

The US Navy has been conducting such operations in the Taiwan Strait every month or so.

The United States, like most countries, has no formal diplomatic ties with democratic Taiwan but is its most important international backer and a major seller of arms.

Military tension between Taiwan and Beijing have spiked over the past year, with Taipei complaining of China repeatedly sending its air force into Taiwan's air defence zone.