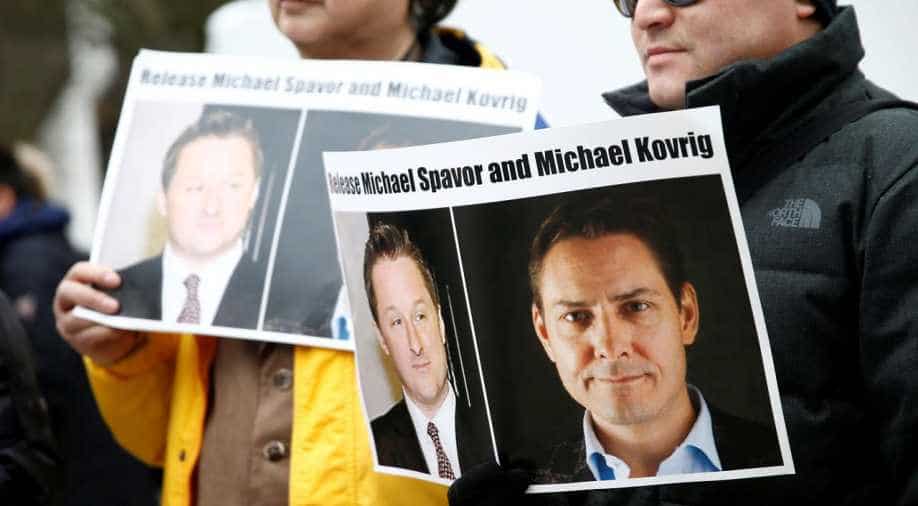 The indictments were of particularly serious circumstances which violated Article 111 of the Criminal Law of the People’s Republic of China, which pertains to espionage and state secrets.

China has widenened the wedge with Canada, as it has charged two detained Canadians for suspected espionage, indictments that could result in life imprisonment.

The indictments were of particularly serious circumstances which violated Article 111 of the Criminal Law of the People’s Republic of China, which pertains to espionage and state secrets.

Under that article, a conviction can carry a sentence of from 10 years to life imprisonment when circumstances are particularly serious. The charges mean a formal trial can begin.

While China maintains the detentions are not linked to Meng, former diplomats and experts have said they are being used to pressure Canada.

China has repeatedly called for Meng's release, and has warned Canada that it could face consequences for aiding the United States in her case.

Canada has called the arrests "arbitrary".

Earlier this month, China's envoy to Canada, Cong Peiwu, told Reuters the two detained men were "in good health." The foreign ministry said on Friday that consular visits to detainees had been suspended due the coronavirus.

Kovrig works for the International Crisis Group (ICG), a non-governmental organisation that focuses on conflict resolution. ICG could not immediately be reached for comment.

ICG has previously said the accusations against Kovrig are "vague and unsubstantiated."
Spavor, 44, is a businessman with deep ties to North Korea.

Last month, Huawei's Meng, the daughter of the founder of the telecoms giant, lost a legal bid to avoid extradition to the United States to face bank fraud charges, dashing hopes for an end to her house arrest in Vancouver.

She recently raised a new argument in a Canadian court in a bid to fight extradition, court documents released on Monday showed.