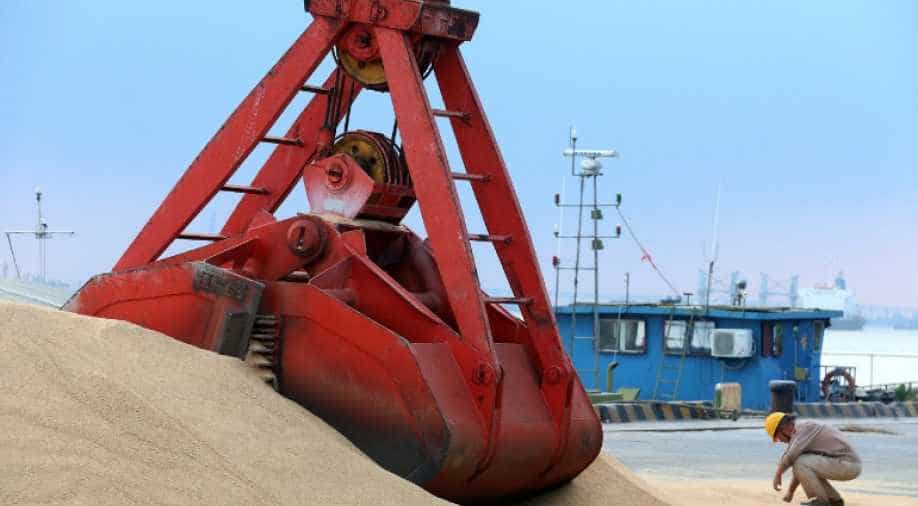 Chinese state-owned firms bought at least 1 million tonnes of US soybeans on Friday, a day after high-level bilateral talks yielded progress toward a trade deal and a Chinese commitment to buy more US soybeans.

The purchases are slated for shipment between April and July, with a large share expected from US Gulf Coast export terminals, three traders with knowledge of the deals said.

One trader with direct knowledge of the deals said total purchases were around 2.2 million tonnes. The other two traders said the sales were similar to three recent waves of buying in which state-owned firms booked 1 million to 1.5 million tonnes of soybeans.

The US soybean futures rallied to multi-month highs on Friday on news of renewed demand from the world's top importer.

But the market's gains were restrained by worries that Chinese purchases will hardly dent massive soybean stockpiles in the United States and around the world. The looming harvest of a large soy crop in Brazil, the world's top supplier, further capped prices.

"It certainly is good to see some concessions and more buying interest from China, but this is a concession in terms of a larger trade agreement. Brazilian offers are cheaper than we are so it's just part of the negotiation," said Terry Linn, an analyst with Chicago-based brokerage Linn & Associates.

Friday's purchases by state-owned firms were believed to be destined for China's state reserves, and thus immune from high import tariffs on US beans. The 25 per cent tariffs, imposed last summer in retaliation for US tariffs on Chinese goods, remain in place for US soy imports by commercial crushers in China.

Exports to China have plummeted this season during a bitter trade dispute, with swelling supplies sending prices to near decade lows last autumn and US farmers struggling to turn a profit.

China has been buying most of its soybeans from Brazil, which is on pace to harvest a bumper crop in the coming months.

Friday's sales bring China's total purchases of the 2018 US soybean harvest to at least 6.5 million tonnes, a fraction of its traditional annual haul from the United States of more than 30 million tonnes.

Through January of 2017, more than 29.4 million tonnes of that season's harvest had already been shipped to China, with another 4 million tonnes sold and awaiting shipment, according to US Department of Agriculture data.

Benchmark Chicago Board of Trade March futures climbed to $9.31-1/4 a bushel on Friday, the highest point for a most actively traded soy contract since mid-June. Beijing slapped steep tariffs on US soybeans on July 6, effectively halting all US shipments to their top customer.

Before Friday's sales, China had previously booked an estimated 5 million tonnes of US soybeans in three waves of purchases since U.S. President Donald Trump and his Chinese counterpart Xi Jinping agreed to a trade war detente on December 1.

After high-level trade talks in Washington this week, Chinese Vice Premier Liu He announced on Thursday China would buy an additional 5 million tonnes.