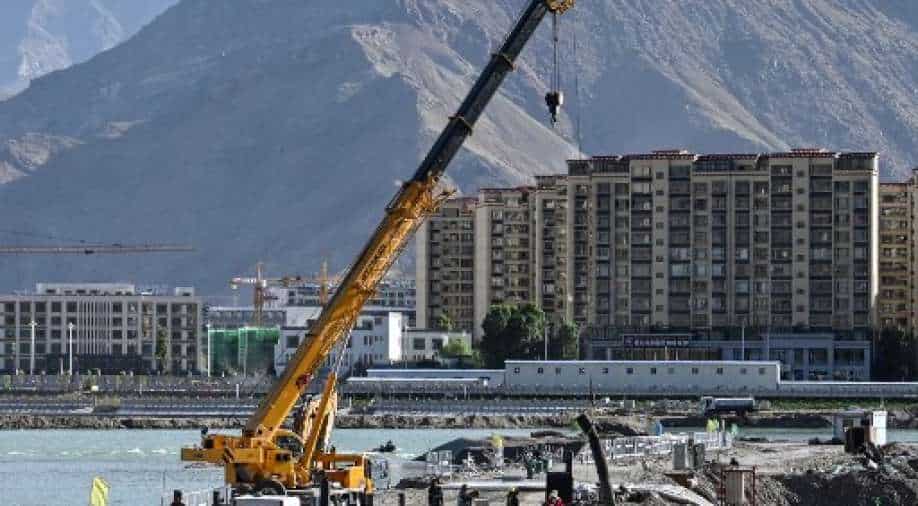 According to China's state media, the country's authorities are constructing 30 airports in Tibet and Xinjiang provinces in an attempt to boost infrastructure.

China had already launched a bullet train connecting Lhasa with Nyingchi which is a Tibetan border town close to Arunachal Pradesh.

China's state-run Chinamil online reported that "30 civil airports" have either been built or under construction in Xinjiang and Tibet.

The Chinese media outlet quoted a PLA official as saying that the "rapid development of civil aviation in the border areas will provide air transportation for recruits".

The Chinamil report said a "chartered flight carrying 115 veterans" had taken off from the Shigatse Heping airport in Tibet and headed to China's Chengdu in Sichuan province. The move reportedly was aimed at marking the "official opening of 23 air routes for transporting new recruits and veterans into and out of Xinjiang and Tibet."

The report comes even as Chinese troops deescalated from eastern Ladakh after engaging with Indian forces for several months. Last year Indian and Chinese troops had clashed at Galwan Valley in which 20 Indian soldiers were killed including five Chinese soldiers.

The report claimed China had "temporarily opened three routes from Yinchuan, Jiayuguan and Zhangye to Ngari" and that recruits entering the Ngari area of Tibet will be transported by air with China's airlines allowing the transfer of military personnel "especially during an emergency".

Reports said at least three airports in Tibet were to be built in Burang, Lhunze and Tingri with over 20 new air routes connecting Tibet and Xinjiang with cities across China.

The exercise involved live ammunition drills and exercise under the cover of darkness as the PLA used anti-aircraft batteries and Type 15 light tanks.