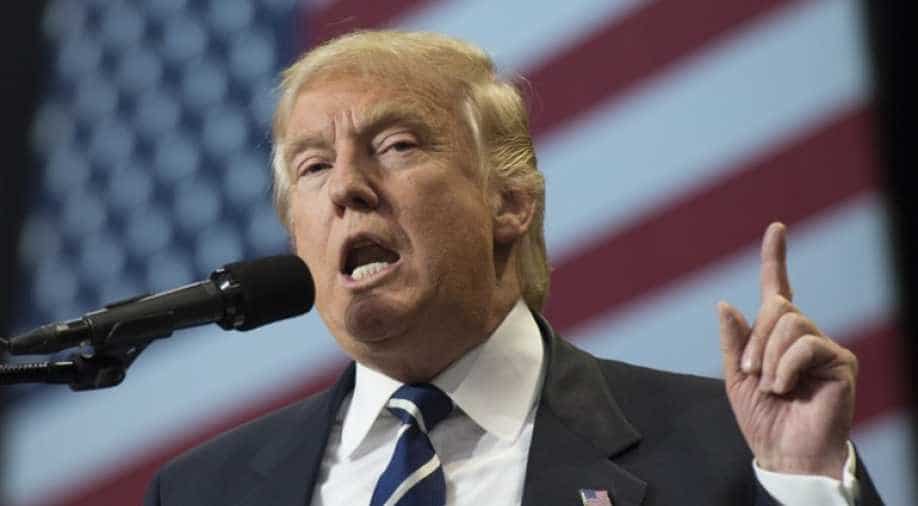 Cox in the video likened Trump's election to 'an act of terrorism' and criticised his cabinet picks and the vice president-elect, Mike Pence. Photograph:( AFP )

A California college professor who told her students that Donald Trump's election was an "act of terrorism" has gone into hiding after her comments prompted a firestorm and death threats.

Olga Perez Stable Cox, who teaches human sexuality at Orange Coast College in Costa Mesa, fled the state after a video of her rant -- secretly recorded by one of her students -- was posted on Facebook, prompting outrage and threats on her life, the Orange County Register reported on Monday.

The union that represents Cox said the teacher and college had been bombarded with more than 1,000 emails and Cox had also received threatening phone calls.

"You want communism, go to Cuba... try to bring it to America and we'll put a (expletive) bullet in your face," one email read, according to union president Rob Schneiderman.

He said another email described Cox as a "nutcase" and vowed to make public her home address.

Cox in the video made public by the school's Young Republicans on December 6 likened Trump's election to "an act of terrorism" and criticised his cabinet picks and the vice president-elect, Mike Pence.

"Our nation is divided. We have been assaulted. It is an act of terrorism," she told the students.

"One of the most frightening things for me and most people in my life is that the people creating the assault are among us."

She added that the presidential election campaign and its outcome had left the country deeply divided "as clearly as it was in civil war times."

Her comments were deemed offensive by many students, including the Young Republicans who filed a formal complaint and are circulating a petition to have her fired.

A smaller group of students from the college Republicans were also on hand, continuously playing the controversial video from a computer.

Several said that they took issue not so much over Cox's comments but in the fact that she was pushing her political views in a classroom setting.

"This has nothing to do with free speech. It's a professor overstepping her profession," Vincent Wetzel told the Register, describing Cox as an otherwise "good teacher."

The teacher's union, meanwhile, has said the student who surreptitiously recorded Cox could face legal action as the video was in violation of the student code of conduct.

School and union officials did not immediately respond to requests for comment. Cox is expected to return to the classroom after the end-of-year holidays.