Building of US arms depot in Philippines could risk regional stability, warns Duterte 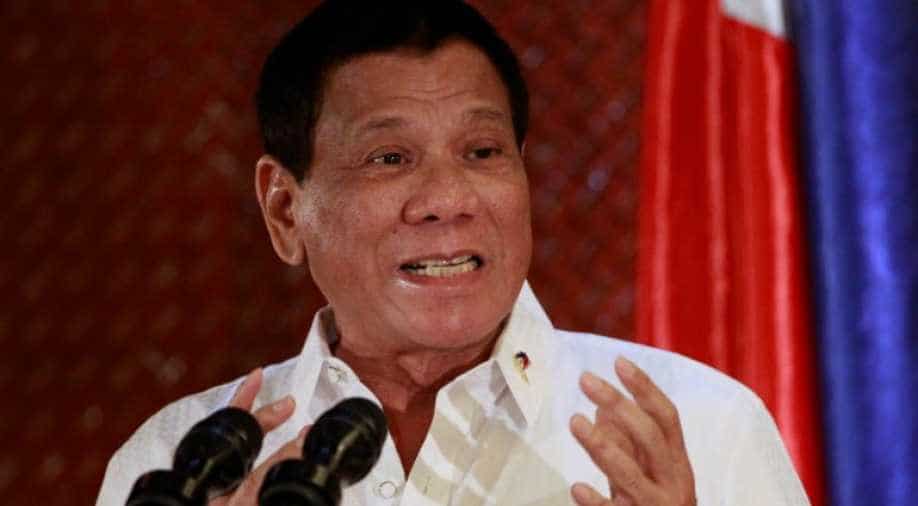 Philippine President Rodrigo Duterte accused the United States on Sunday of risking regional stability by building permanent arms depots in his country, and threatened to respond by scrapping a security treaty between the two countries.

Duterte, who has made no secret of his disdain for US troop presence in the Philippines, said Washington was bringing weapons into three provinces of his country to store permanently, which he said was a dangerous breach of a defence deal between them.

"They`re unloading arms in the Philippines now, here in Palawan, Cagayan de Oro and Pampanga province. I`m serving notice to the armed forces of the United States. Do not do it, I will not allow it," Duterte said at a news conference in Malacanang Palace.

His comments come after the Pentagon gave the green light to build warehouses, barracks and runways this year under a 2014 Enhanced Defence Cooperation Agreement (EDCA) between the two long-time allies.

If US arsenals were built in the Philippines, Duterte said he would consider a review of treaties "and maybe ultimately abrogate, since it is an executive order".

EDCA allows the expansion of rotational deployment of US ships, aircraft and troops at five bases in the Philippines as well as the storage of equipment for humanitarian and maritime security operations.

Duterte has repeatedly threatened to tear up security deals with the United States, while also giving guarantees those would be honoured, muddying the picture in a relationship that prior to his election was one of Washington's most crucial Asian alliances.

He also chided the United States for pressuring the Philippines to enforce a ruling last year by the Permanent Court of Arbitration in The Hague that invalidated most of Beijing's claims to the South China Sea.