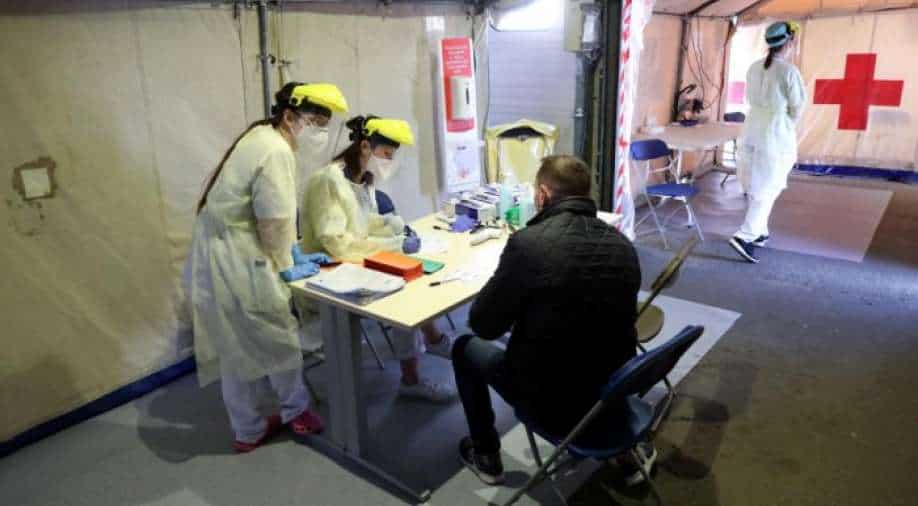 The UK variant, technically identified as B.1.1.7, is considered a "variant of concern" because of its high infectivity -- though it has not been shown to be more dangerous in terms of deaths or intensive hospitalisation than earlier forms of the coronavirus.

The more contagious British variant of the coronavirus is now the dominant strain in Belgium, authorities said Friday, as they explained why infection numbers have again started to rise.

"Last week, we estimate that 53 percent of infections were caused by the UK variant, against 38 percent a week earlier," a spokesman for the government's coronavirus response, Steven Van Gucht, told a news conference.

The UK variant, technically identified as B.1.1.7, is considered a "variant of concern" because of its high infectivity -- though it has not been shown to be more dangerous in terms of deaths or intensive hospitalisation than earlier forms of the coronavirus.

Current Covid-19 vaccines are shown to be effective against the UK variant.

That, however, is not the case with other variants that have popped up elsewhere in the world: one in South Africa (B.1.351) and another in Brazil (P.1), both of which appear to have a level of vaccine resistance.

In Belgium, just 2.2 percent of all detected cases are of the South African variant, and 0.9 percent are of the Brazilian strain.

In neighbouring France, authorities say the UK variant now accounts for "around half" the Covid-19 cases.

Belgium on Friday recorded a 24 percent rise in infections compared to the previous week, with a daily average of 2,300 cases detected.

According to Van Gucht, that increase has pushed the country back to the situation it was in around a month ago.

All age groups are affected by the surge in infections, except for those over 80 years old who have since January been vaccinated in priority.

With a population of 11.5 million and a death toll of over 22,000, Belgium has the highest fatalities compared to its population of any country in the world.

Hospitalisation are on the increase, too, with 1,761 receiving treatment and 368 of patients in intensive care.

Belgium has been under partial lockdown for nearly four months, with a nighttime curfew and bars, restaurants and cafes closed. Schools have remained open, but university students are doing remote classes.

The European Commission has singled out Belgium along with five other EU countries for travel restrictions deemed excessive.

Since January 27, Belgium has banned non-essential trips abroad, even to countries with lower infection incidence rates.