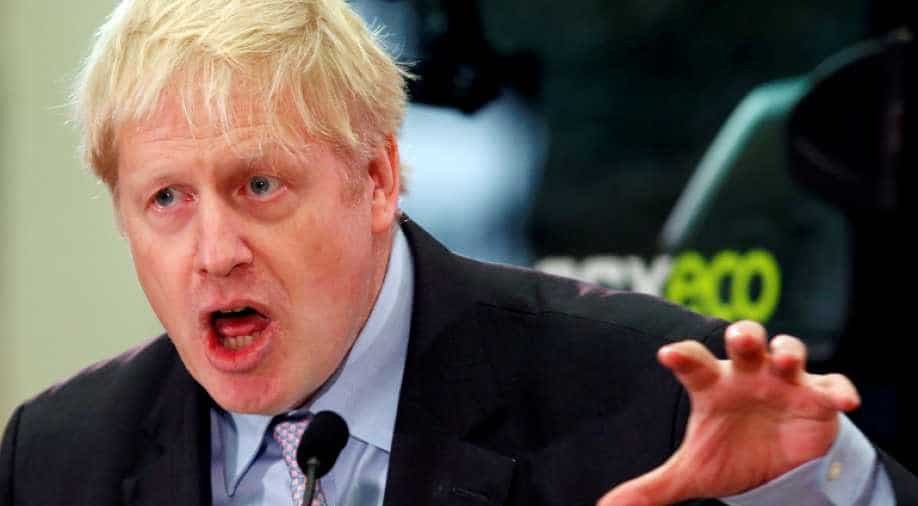 Boris Johnson suffered a setback in his first ballot box test as British prime minister on Friday after the Conservative candidate lost to a pro-EU rival in a by-election that slims his parliamentary majority to one.

Thursday's vote in the Welsh sheep farming community of Brecon and Radnorshire offered a stark choice between the Brexit-backing incumbent from Johnson's ruling Tories and a Liberal Democrat who wants to preserve Britain's four-decade membership of the European Union.

Johnson dropped by the region Tuesday to help out Chris Davies -- a Conservative MP who was forced to step down after being criminally convicted of expenses fraud.

Davies protested his innocence and contested the seat again, but saw the Liberal Democrats' Jane Dodds overturn his previous majority of 8,038 and win by a margin of 1,425 votes.

"My very first act as MP when I arrive in Westminster will be to find Boris Johnson wherever he is hiding and tell him loud and clear: stop playing with the futures of our communities and rule out no-deal Brexit," she said.

Johnson's newly-formed government is trying to force Brussels to return to the negotiating table by insisting Britain is ready to leave the EU without a deal on the latest delayed departure date of October 31.

Finance minister Sajid Javid announced Wednesday an extra £2.1 billion ($2.6 billion, 2.3 billion euros) in funding to prepare for such an eventuality.

But Bank of England governor Mark Carney said Friday a no-deal Brexit would be a shock for the country's economy causing supply disruption and potentially undermining entire sectors such as the car industry and farming.

Meanwhile, an official government document obtained by Sky News warned of potential "consumer panic" and gaps in security within weeks.

Such fears have already pushed the pound to its lowest levels since Britons first voted to leave the EU in June 2016.

'So much at stake'

Control of Brecon and Radnorshire has swung between the Liberal Democrats and the Conservatives since the 1990s. It voted 52 per cent to leave in the EU referendum -- mirroring the UK-wide result.

Dodds benefitted from a so-called "Remain alliance" which saw two smaller pro-EU parties back her bid.

The result extends a recent revival for the Liberal Democrats at the major parties' expense, thanks to its firm stand against Britain's split from the EU.

It came a surprise second behind populist eurosceptic Nigel Farage's Brexit Party in European Parliament elections in May.

Farage's candidate in the Wales by-election ate into the Conservative's support, while the main opposition Labour Party came in a distant fourth.

Liberal Democrats leader Jo Swinson, elevated to the role just last month, said the party would look to forge further pro-EU alliances at the next election.

"I do think that working across party lines is important when there is so much at stake for the future of our country," she told BBC Radio.

Despite the loss, polling expert John Curtice argued that the result confirmed a "Boris bounce" seen in opinion polls because it was not as bad as it could have been.

The party had been haemorrhaging support under Johnson's predecessor Theresa May, particularly at the expense of the newly-created Brexit Party.

But Curtice warned that polls indicated the Conservatives would still be short of a majority in any election.

The by-election defeat still leaves Johnson in danger of being unable to control parliament when it returns from a summer break on September 3.

MPs are already plotting ways to thwart his threat to take Britain out of the EU by October 31, fearing the dire economic consequences predicted.

The new Conservative leader also needs to be able to pass legislation to make that potentially chaotic outcome as smooth as possible -- and to pass any compromise he might suddenly strike with Brussels.

The 650-seat House of Commons is highly fractured across party lines over Brexit and includes MPs who at times switch sides or abstain in crunch votes.

This leaves Johnson dependent on the whims of just a few legislators at one of the most crucial points in British history since World War II.