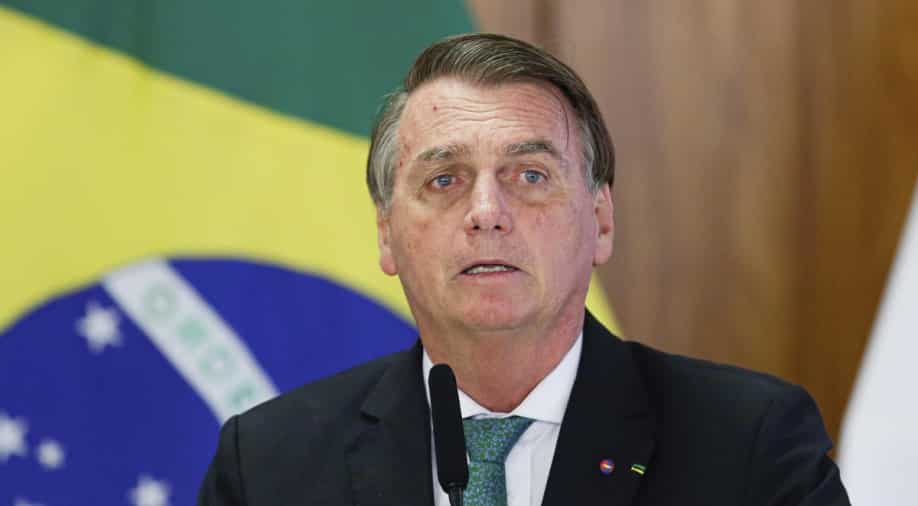 In this file photo, Brazilian President Jair Bolsonaro can be seen addressing a press conference in Brasília Photograph:( AFP )

Amid increasing pressure over high fuel costs, Brazilian President Jair Bolsonaro has fired the new Petrobras president after only 40 days of his appointment.

The announcement was made by the Brazilian Ministry of Mines and Energy which issued a statement saying, "The Federal Government, as controlling shareholder of Petroleo Brasileiro S.A., Petrobras, advises that it decided to make a change to the Company's presidency."

In its statement, the ministry said that Brazil is living through “challenging times” amid intense volatility of oil prices globally.

"The nominee has all the qualifications to lead the company to overcome the challenges imposed by the current situation," it added.

Andrade, who did an MBA from Duke University, also holds a postgraduate degree in administration and management from Harvard University.

This is not the first time Bolsonaro has replaced the Petrobras president as he earlier dumped Roberto Castello Branco and Joaquim Silva e Luna when they were unable to curb a surge in fuel prices.

Warning that further price hikes would provoke a "national convulsion," Bolsonaro has urged state-run oil company Petrobras not to hike oil prices after comparing the company's profits to a "rape" of the country.

He had replaced his energy minister Bento Albuquerque, because he resisted pressure to change the pricing policy at Petrobras or create major fuel subsidies, with a high-ranking Economy Ministry official Adolfo Sachsida.