'Brazil is under attack': President Jair Bolsonaro lashes out at new probe for attacks on voting system 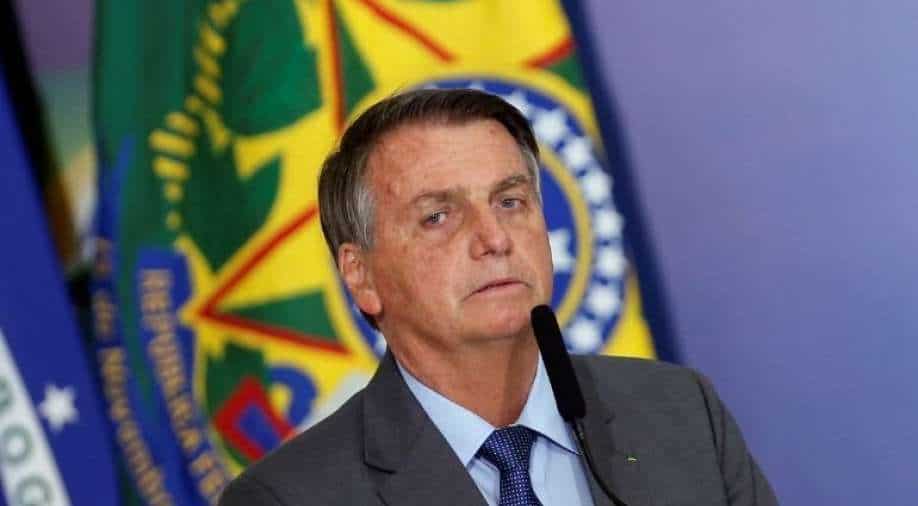 President Jair Bolsonaro has lashed out at electoral authorities for ordering an investigation of his campaign against Brazil's electronic voting system, saying he refused to be "intimidated" and that the country "is under attack."

Brazil's Supreme Electoral Court (TSE) has opened an investigation into the far-right president for his statements claiming there will be fraud in next year's elections.

"I refuse to be intimidated," Bolsonaro fired back.

"I'm going to continue exercising my right to freedom of expression, to criticise, to listen to and above all answer to the will of the people," he told supporters outside the presidential palace.

"I swore to give my life for the nation in case of foreign or domestic attack. Brazil is under internal attack."

Bolsonaro, who is expected to seek a second term in 2022, has repeatedly said Brazil's electronic voting system is vulnerable to fraud.

Critics say Bolsonaro, like former US President Donald Trump, is sowing doubts with his unfounded claims in order to pave the way for him not to accept defeat in 2022.

Bolsonaro has long criticised electronic voting, introduced in Brazil in 1996.

He has stepped up his attacks in the build-up to the October 2022 elections, insisting on "printable and auditable" paper ballots as a backstop to the electronic system.

He has called the Superior Electoral Court's president, Luis Roberto Barroso, an "imbecile" for suggesting introducing a paper ballot could open the process to manipulation.

On Sunday, thousands of Brazilians took to the streets in several cities to support Bolsonaro's campaign against electronic voting, though the president did not take part.

Bolsonaro is under fire on various fronts, including a Senate investigation into his government's widely criticised handling of COVID-19.