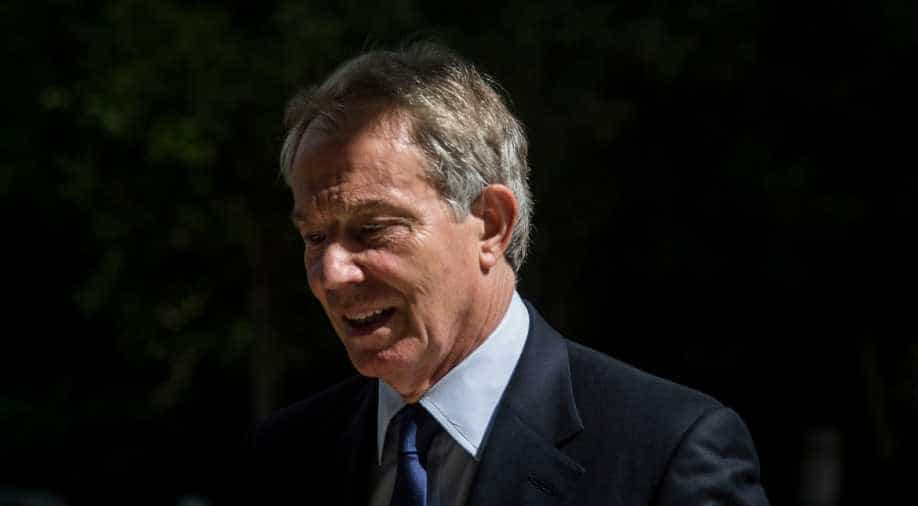 Critics believe Blair gave Bush an unconditional promise that Britain would join the invasion, that he then distorted intelligence to be able to do so, and put pressure on government lawyers to give the invasion legal approval. Photograph:( Getty )

Follow Us
A British inquiry into the Iraq War strongly criticised former Prime Minister Tony Blair and his government on Wednesday, saying they had led the country into war based on flawed intelligence that should have been challenged.

The long-awaited inquiry report also said Britain had joined the US-led invasion of Iraq in 2003 without exhausting peaceful options, that the legal basis for military action was not satisfactory, and that the planning was wholly inadequate.

Published seven years after the inquiry was set up, the report runs to 2.6 million words -- about three times the length of the Bible -- and includes details of exchanges Blair had with then US President George W Bush over the invasion.

"It is now clear that policy on Iraq was made on the basis of flawed intelligence and assessments. They were not challenged and they should have been," the head of the inquiry, John Chilcot said in presenting its findings.

Iraq remains in chaos to this day. Islamic State controls large areas of the country and 250 people died on Saturday in Baghdad's worst car bombing since the US-led coalition toppled dictator Saddam Hussein. The inquiry rejected Blair's view that Iraq's post-invasion problems could not have been known in advance.

The inquiry's purpose was for the British government to learn lessons from the invasion and occupation that followed, in which 179 British soldiers died.

Opponents of Blairs decision to join the war will pore over the report for its judgment on how the Labour leader, who quit in 2007, justified the military action. At the time, he said intelligence showed that Saddam had weapons of mass destruction but after the invasion none was found.

"I was lied to. The media, the press, the families, parliament, everybody was lied to," Reg Keys, whose son was among the British fatalities and who stood as a candidate for parliament against Blair in the 2005 election, told Reuters TV ahead of the reports publication.

Blair has always rejected any suggestions he acted dishonestly. He was expected to give his reaction to the report later on Wednesday.

The inquiry looked at the reasons for the invasion, the war itself and the aftermath - and has taken longer to complete than the British military involvement itself.

Public hearings, including two appearances by Blair, ended in 2011 but since then the writing of the report has been dogged by rows over the release of secret government files and the contacts between London and Washington. It includes details of notes from Blair to Bush and quotes from more than 130 records of their conversations.

Critics believe Blair, who sent 45,000 British troops for the invasion, gave Bush an unconditional promise that Britain would join military action and that he then distorted intelligence to back this up and put pressure on government lawyers to give the invasion legal approval.

Keys noted that Chilcot had said the inquiry would not play the blame game.

"But I certainly hope it points the finger of accountability in the direction of the former prime minister who was the key player with all of this deceit," Keys said.

However, he said he feared the report might be watered down as those facing criticism have been allowed to respond prior to publication.

In an interview with CNN last October, Blair apologised that the pre-war intelligence had been wrong and for mistakes in planning, but not for getting rid of Saddam.

He also accepted the war had played a role in the rise of Islamic State but it was far from the only factor.

"I've said many times over these past years, Ill wait for the report and then I will make my views known and express myself fully and properly," Blair told Sky News on Sunday.

"You cannot have a situation where this country blunders into an illegal war with the appalling consequences and at the end of the day there isn`t a reckoning," SNP lawmaker Alex Salmond told Sky News.

The Sunday Times newspaper also reported that Labour leader Jeremy Corbyn - whose own position is in jeopardy after Britain voted last month to leave the European Union - was simply hanging on because he wanted to "crucify Blair".

'I will take full responsibility'

Former British Prime Minister Tony Blair said he would take full responsibility for the failings made in the build up to the invasion of Iraq when he responds to a long-awaited inquiry later on Wednesday.

"The report should lay to rest allegations of bad faith, lies or deceit," Blair said in an initial response. "Whether people agree or disagree with my decision to take military action against Saddam Hussein; I took it in good faith and in what I believed to be the best interests of the country."

Blair noted that the Chilcot report did make real and material criticisms of the preparation and planning for the war.

"I will respond in detail to them later this afternoon," he said in a statement. "I will take full responsibility for any mistakes without exception or excuse."