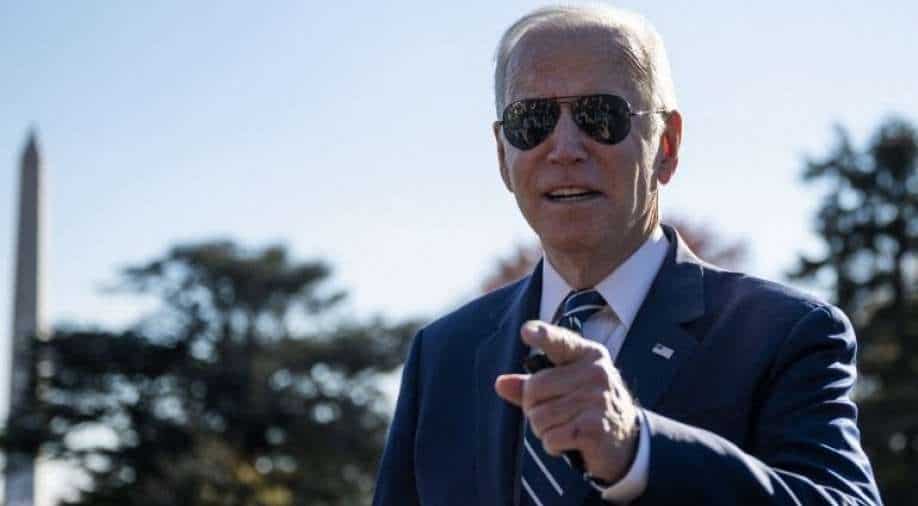 US President Biden has been caught rewarding his billionaire friends. The wealthy campaign donors who financed his presidential run.

Joe Biden has been the US president for more than 300 days. In all these days he oversaw the botch-up in Afghanistan as American forces were pushed out by the Taliban.

13 US service members had died in the Kabul airport attack as the Taliban ended up with American weapons. Biden also failed to ease tensions with China and Russia.

Under him, America has failed to effectively challenge Beijing and with Moscow the confrontation is going from bad to worse. In fact, Russia is threatening to invade Ukraine. Iran has been another failure. Peace with Iran was Biden's big-ticket promise, however, he has failed to deliver.

The Iran nuclear deal has not been revived.

In the domestic area, Biden's report card is bleak. The US president's biggest plan - the $1.75 trillion "build back better" plan has died in the US Congress as the Biden administration couldn't get the bill passed.

It now increasingly looks Joe Biden may become a one-term president since he has made the same serious mistakes.

The president has been caught rewarding his billionaire friends. The wealthy campaign donors who financed his presidential run.

They are now being made US ambassadors. In a way, the new men and women have been rewarded with diplomatic posts for funding the Biden election campaign.

The Democrats had earlier slammed Donald Trump for picking "loyalists" as ambassadors. However, a democratic president is now doing the same thing.

The first name is Constance Milstein who is a New York real estate titan. She gave $725,000 to the fundraising committee that ended up sponsoring Joe Biden's presidential campaign.

Constance Milstein is America's new ambassador to Malta. The next name on the list is Margaret Whitman. She is the former CEO of Hewlett Packard and eBay. Whitman had donated over $500,000 to the Biden campaign. She has now been rewarded as the US ambassador to Kenya.

George Tsunis is on the controversial list. Tsunis is an American hotel magnate. He is also a long time mega donor to the Democrats. He gave over $500,000 to Biden's campaign.

The US president has picked him to serve as the next ambassador to Greece. It is not the first time Tsunis has been rewarded for bankrolling a president.

He also donated to the Obama campaign and was chosen to be the US ambassador to Norway, however it proved to be a disastrous choice. US lawmakers held a hearing to assess him and Tsunis was exposed. He had never been to Norway.

When Tsunis appeared for his confirmation hearing he only embarrassed himself. He said Norway has a president which it doesn't - it has a king and a prime minister.

"There are a lot of markets that will continue to open up. uh ..." said Tsunis, trailing off amid a statement about US-Norwegian trade.

"Let me just ask, as ambassador, how you promote those trade cooperations?" interjected Senator Ron Johnson, a Wisconsin Republican.

"Thank you for that save, Senator Johnson," Tsunis said.

Tsunis then described one of Norway's major political parties — a member of the current coalition government — as a "fringe element" that "spewed hatred." Arizona Republican John Mccain was unimpressed.

"The government has denounced them?" Mccain said. "They're part of the coalition of the government."

"You know what? I stand corrected," an embarrassed Tsunis responded.

Ultimately, Tsunis had to withdraw his nomination and the position of Norway's ambassador remained vacant for almost two years.

It was a major embarrassment for the Democrats. Now, another Democratic president in the White House has picked the same man.

Biden wants to make Tsunis an ambassador after everything that happened in 2014 and money seems to be the guiding force since Biden is already running late.

The reason is either Team Biden hasn't named a nominee for the post or the nominee hasn't been confirmed by the US Congress.

When Biden came to office he had an advantage since the Democrats controlled the US Congress, however, as of today, Biden has been unable to get his own nominations passed.

Joe Biden had promised change for the better, however, like most of the Washington elites he is offering more of the same.