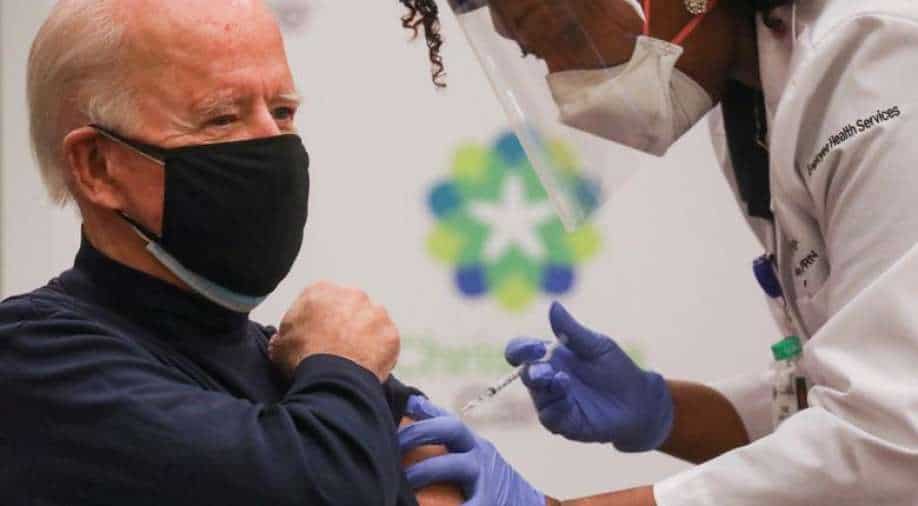 Biden told Americans "there's nothing to worry about" when he got his first dose of the Pfizer vaccine at the Christiana Hospital in Newark, Delaware on December 21.

US President-elect Joe Biden will receive his second dose of the Covid-19 vaccine on Monday -- three weeks after his first injection was broadcast live on TV to boost public confidence in the jab.

Biden told Americans "there's nothing to worry about" when he got his first dose of the Pfizer vaccine at the Christiana Hospital in Newark, Delaware on December 21.

His team had said that his second jab would also be done in front of the media.

The United States has so far registered more than 374,000 deaths from Covid-19, and to this end, Biden on Friday slammed President Donald Trump administration's troubled distribution of vaccines as a "travesty."

About 6.7 million Americans have so far received their first shot -- far short of the target of 20 million by the end of 2020. But 22.1 million doses have been distributed nationwide, underlining the logistical challenge of getting the injections administered to the elderly and health workers who are the priority.

Both vaccines currently authorised in the US, developed by Pfizer and Moderna, require recipients to receive booster shots after three and four weeks, respectively.

Biden, who will be inaugurated on January 20, has said he plans to release every available dose of vaccine, rather than holding back half to make sure people receive their booster shots on time as is the current protocol.