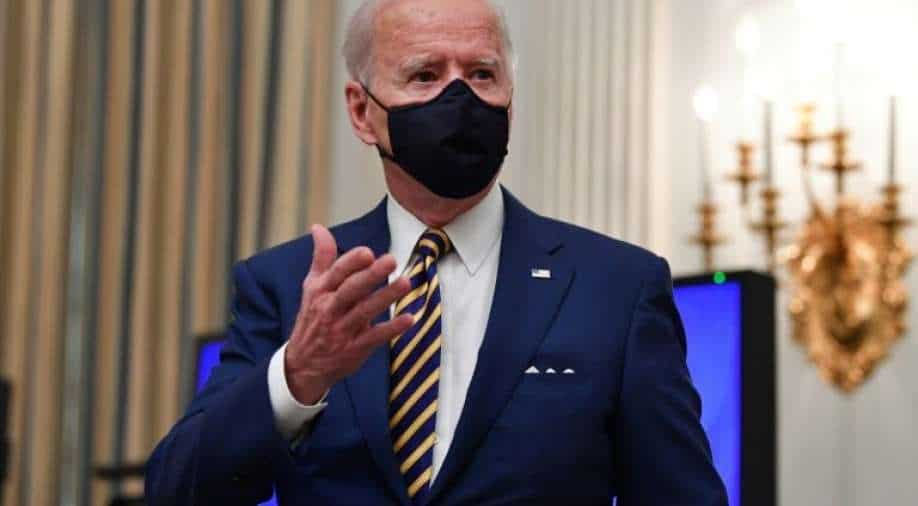 More than 1,000 migrant children still in the United States likely remain separated from their parents,

When Joselaine Cordeiro arrived at the U.S. border in 2017, she spent seven months in immigration detention in Texas while her 14-year-old son, James, languished in a shelter in Chicago.

As the months wore on, her child’s case worker reported that he was depressed, and suggested putting him up for adoption. “I thought, my God, I will never see my child again,” recalled Cordeiro, who had fled an abusive husband in Brazil.

She and her son were among the first of more than 5,500 migrant families separated at the southwestern border under the Trump administration’s most hotly debated immigration policy — a program that President Joe Biden must now find a way to unravel years after the policy was abandoned.

On Tuesday, the White House is expected to announce a task force that will look at demands for restitution, expanded mental health services, the readmission of deported parents and possible permanent legal residency for families like Cordeiro’s who suffered lingering damage from a policy intended to make it too emotionally punishing for migrant families to attempt to cross into the United States.

More than 1,000 migrant children still in the United States likely remain separated from their parents, and another 500 or more were taken from their parents who have yet to be located, according to the latest estimates from lawyers working on the issue.

One of the continuing obstacles to reunification is that hundreds of parents have been deported to their home countries — places they had fled because of the danger there — and are fearful of having their children sent home to them. And some children are being deported even though their parents are still in the United States trying to obtain legal residence.

Cordeiro became the second named plaintiff in a class-action lawsuit that the American Civil Liberties Union brought against the family separation policy and that has accomplished much of the work of identifying relatives all over the world.

“When we brought this case in 2018, we never thought there would be thousands of families separated, much less that we would still be looking for hundreds of them three years later,” said Lee Gelernt, lead counsel in the ACLU lawsuit.

Having inherited the crisis, the Biden administration has committed to addressing it: On Tuesday, Biden is expected to announce a task force that will look at demands for restitution, expanded mental health services, the readmission of deported parents and possible permanent legal residency for families disrupted by separations.

Biden has already encountered resistance to dismantling Trump administration policies, signaling roadblocks ahead. A federal court last week temporarily blocked his administration from enforcing a 100-day suspension of deportations until the judge considers a lawsuit brought by Texas. The Senate confirmation of Mayorkas was stalled by Sen. Josh Hawley, R-Mo.

But given the firestorm that family separations generated across party lines, Biden will be asked to take a wide range of actions to make amends.

“There’s a clear moral imperative here,” said Oscar Chacón, executive director of Alianza Americas, an advocacy group. “At a minimum, they should be offered the opportunity to be reunited and settled in the U.S. as eventual permanent residents.”

In addition to proposals for legal residency and demands for financial compensation, some immigrant advocacy groups are calling for those in the senior levels of the Trump White House who were responsible for crafting and carrying out the policy to be held accountable.

That would include the chief architect of the policy, Stephen Miller, former President Donald Trump’s primary adviser on immigration, and the former attorney general, Jeff Sessions, who issued the official memorandum on “zero tolerance” in April 2018. Former senior officials at the Justice Department, as well as in the Department of Homeland Security, also could be included in accountability investigations.

Rep. Joaquin Castro, D-Texas, the chair of the Congressional Hispanic Caucus, has called for the creation of a committee to investigate the policy and identify officials to be held responsible and face consequences.

The policy epitomized the Trump administration’s crackdown on illegal immigration. According to a report issued last month by the Justice Department’s inspector general, top department officials were a “driving force” behind the decision to separate families in their quest to fulfill Trump’s agenda.

Nearly 3,000 migrant children were separated from their parents while zero tolerance was in force. It later emerged that another 1,000 families had been separated during a pilot program conducted in 2017 near El Paso, Texas. And even after Trump officially rescinded the policy, border authorities removed more than 1,000 children from their families, sometimes for reasons as minor as committing a traffic infraction or failing to change a baby’s diaper, according to court documents.

The revelation late in the presidential campaign that parents of hundreds of children had yet to be found by a committee charged with contacting families created outrage anew, prompting Biden to promise to address the families’ plight. Two-thirds of the parents are believed to be in their home countries, including some whose children may be living in the United States, and a third are believed to be in the United States but might have gone under the radar because of their own fears of being deported.

Some advocates said it was vital that the White House push for legislation to prevent such extreme punitive measures from being employed as a deterrence tool in the future.

“We must right the wrongs committed and make sure this doesn’t happen again under another administration,” said Jennifer Podkul, vice president for policy and advocacy for Kids in Need of Defense, which represents some of the families.

Locating missing parents will continue to be a daunting task. Contact information for many parents is outdated or unavailable, and conditions in Central America make searches on the ground difficult and dangerous. The coronavirus pandemic and hurricanes have caused further delays. Some families, understanding their children to be in safe hands, have not answered their phones or have declined to talk after what they endured.

Even if the Biden administration is willing to offer green cards to parents who were deported, the logistics will be challenging because many remain suspicious of the government and worry they will be arrested again. It is also not clear whether the issue of redress for the effects of family separation will be folded into Biden’s broader immigration plans, which some Republicans might oppose.

Unless Biden revamps border procedures, further separations will almost certainly occur when Border Patrol agents suspect that someone accompanying a child is not a parent or a legal guardian. Some parents lack birth certificates and documents to prove lineage. Border officials are tasked with guarding against the trafficking of children across borders.

In Cordeiro’s case, after months had passed, she finally found a friend willing to take her son from the shelter. But the authorities told her that the woman did not qualify because she was not related.

After acting out, James was administered antidepressants and other drugs, according to his mother.

When she finally was released seven months later, red tape delayed their reunification by another two months.

They are now living in the Boston area, and James has been weaned off the medication, Cordeiro said, but he has few friends and spends most of his time alone. “I never imagined a government would do this to human beings,” she said. “It was pure cruelty.”

Among parents hoping that Biden’s administration will allow them back into the United States is a woman from El Salvador named Xiomara, who was deported without her daughter after they were separated at the border on Mother’s Day in 2018.

“I can hardly wait for the day when I will wake up from this nightmare,” said Xiomara, 34, who spoke on condition that she be identified only by her first name because of security concerns.

One of her last acts of motherhood was to bathe and dress her daughter, after being told by border officials that Briselda, then 8, would be taken away. She said she watched helplessly as officials escorted Briselda to join a line of children, most of them crying, who were waiting to board a van bound for the airport.

For her daughter’s safety, Xiomara said she had preferred that Briselda remain in the United States with family rather than return to her in El Salvador. They are in regular contact over WhatsApp, she said, but the distance has taken an emotional toll, and Xiomara has battled depression and recently started seeing a therapist.

Others continue to suffer repercussions despite being reunited.

Fifteen days passed before Oscar, an immigrant from Honduras who was locked up in McAllen, Texas, heard from his son, Daniel, then 8, from whom he had been separated.

“I felt mad. I was going crazy,” recalled Oscar, 35, who spoke on condition that he be identified only by his middle name.

On a tearful call, his son told him he was staying in a shelter in Houston. Father and son were reunited after 33 days, thanks to a judge’s order, and they moved to Charlotte, North Carolina.

Since then, Oscar has been grappling with how to help his son, whom he described as “not the same boy since we were separated.” Daniel runs away whenever he sees someone in police uniform and wakes up screaming at night, Oscar said.

Recently, Oscar learned that his child had been ordered deported even though his own case is still pending, a result of Daniel’s immigration case not being transferred to North Carolina and consolidated with his father’s.

He struggles to imagine what would happen to his son in Honduras without him.

“I pray to God that this country won’t separate us again,” Oscar said.