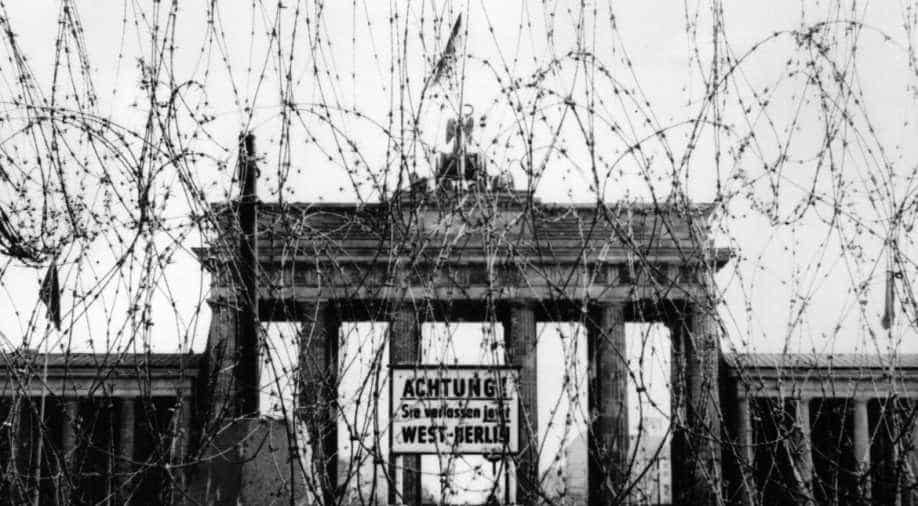 Barbed wire on the West side of the Brandenburg gate, put up as a "Safety measure" by the British. November, 1960. Photograph:( Getty )

The mayor of Berlin, Michael Müller, has issued a statement to US President Donald Trump urging him not to build the proposed wall at the US-Mexico border.

Read the statement in full below:

Berlin's mayor just issued this message for Donald Trump. It's quite something. https://t.co/gIIOei6ttT pic.twitter.com/B8SgYZhhJ0

Berlin knows what walls are about.

This separation lasted through, and came to symbolise, the Cold War, when the tension between the nuclear-armed Americans and the Soviets--ideological proxies of capitalism and communism--was running high.

The Cold War ended with the reunification of Berlin in 1989, which literally saw the wall torn down, as family and friends came together after decades. It became one of the 20th century's most iconic historical moments.

Trump originally promised that Mexico would pay for his proposed wall. Mexico steadfastly refused to pay one cent of the costs. Now, Republicans say that Congress will front the money.

The costs for Trump's proposed wall vary wildly, with House Speaker Paul Ryan saying between $4 billion to $8 billion is "about right".

MIT Technology Review pegs the cost at somewhere between $27 billion to $40 billion.