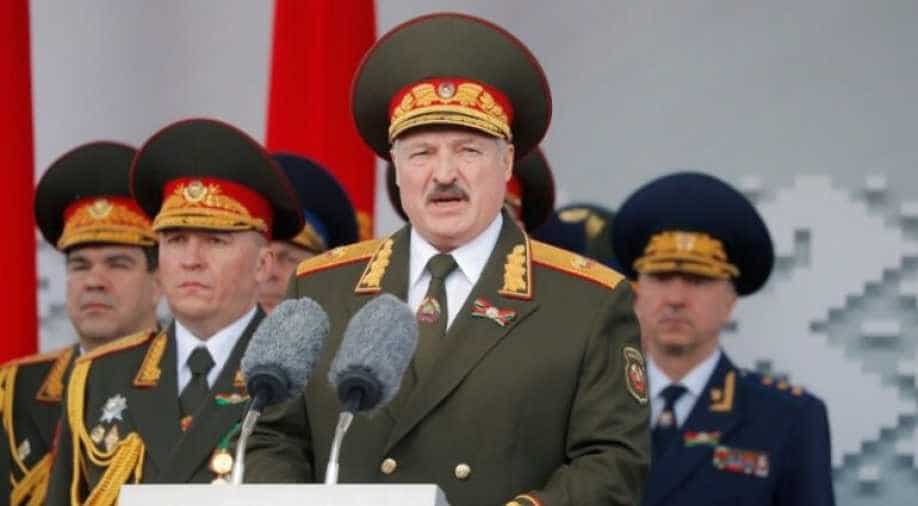 Belarusian President Alexander Lukashenko attends the Victory Day parade, which marks the anniversary of the victory over Nazi Germany in World War Two, amid the coronavirus disease (COVID-19) outbreak, in Minsk, Belarus May 9, 2020 Photograph:( AFP )

The presidential election is set to take place on August 9, 2020, and Lukashenko is anticipated to return to power

The President of Belarus Alexander Lukashenko has dismissed his government on Wednesday, according to the Belta news agency.

The presidential election is set to take place on August 9, 2020, and Lukashenko is anticipated to return to power, who has ruled the country since 1994.

If he wins, it would mark his sixth term as president.

While addressing officials from his office, Lukashenko on Wednesday said that cabinet is more likely to remain the same.

"A sharp scrapping, replacing all members of the government would be wrong from the point of view of the current moment," Lukashenko said.

"A new generation of leaders has grown up who have shown themselves well and worked well in the government. Why change them? They can work," he added.

The Prime Minister Sergei Rumas was recently fired after being appointed in 2018. No details about the new government formation are available yet.

Lukashenko is a former Soviet head, has had little to no opposition in the country, but is now facing dissent.

Recently, opposition leader Mikola Statkevich was sentenced to 15 days in police detention. Dozens of activists were also arrested after rallies across the country.

Public outcry against the announced presidential elections has stormed the country.