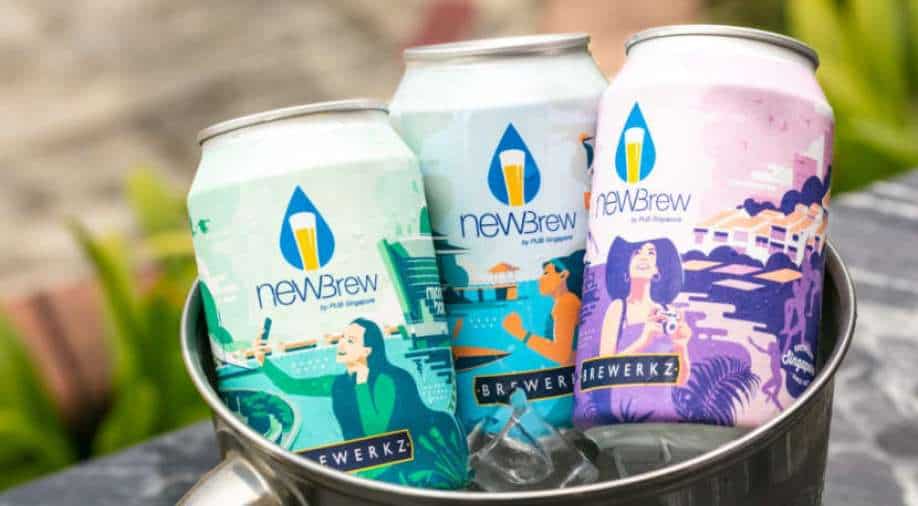 The drink tastes precisely like what it appears to be - a lovely, light craft beer - at first sip. Smooth, not too sweet, and a smidgeon of sharpness. Photograph:( Twitter )

There's a new type of beer being sold at a brewery in Singapore with a very unique ingredient.NewBrew is made out of a liquid which is recycled from sewage, filtered, and pumped into Singapore's water supply.

Beer necessitates a large amount of water. In fact, the drink contains more than 90% water.So, in a world where water scarcity is becoming more of a worry as a result of the climate catastrophe, Singapore has chosen to try something new to address the problem.It all has to do with sewage.Singapore's water service is launching a craft beer made primarily of wastewater.

'NewBrew' is made out of a liquid that is recycled from sewage, filtered, and pumped into Singapore's water supply.

This 2022 version of NewBrew will be a "tropical blonde ale", with a "smooth, toasted honey-like aftertaste."

The beer, which was created by Singapore's water agency, is now available in shops and bars to raise awareness about the country's water scarcity challenges and the creative ways it has devised to address them.

One of Singapore's greenest beers, according to the label. NeWater, a purified liquid generated from sewage that has been around for nearly 20 years, is the main constituent. NeWater undergoes extensive testing and filtration before being approved for consumption.

So, are you going to make this golden drop your new favourite drink?