Be it Melania or Jill, American media's sexist rants continue 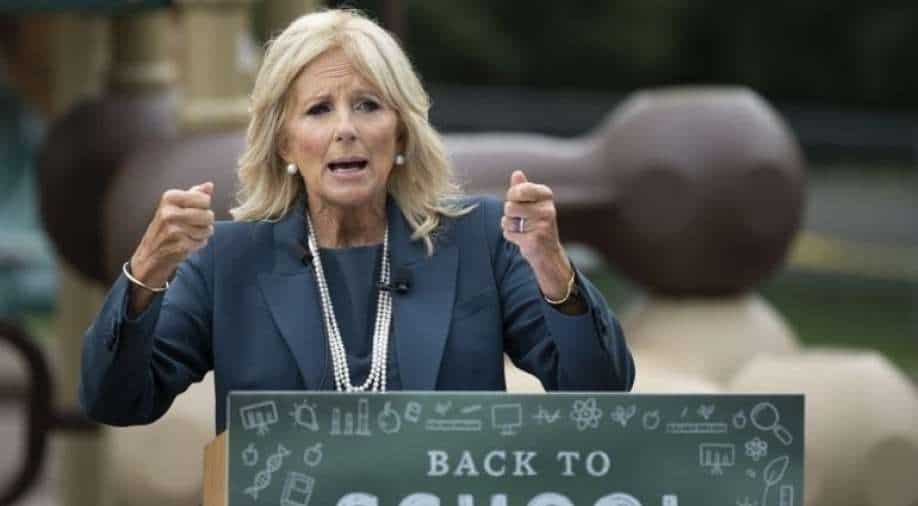 Jill Biden, the wife of Democratic presidential candidate Joe Biden, speaks during a Back to School Tour at Shortlidge Academy in Wilmington, Delaware, on September 1, 2020. Photograph:( AFP )

Jill, who was earlier the US's Second Lady, will be the first-ever professor First Lady of the US, but people are still not happy

From trolling her accent to calling her a Russian asset, a poor little rich girl, a trophy wife and whatnot, the United States has been harsh on its First Lady Melania Trump.

And now it seems, her successor Jill Biden will also be given any respite.

Jill, who was earlier the US's Second Lady, will be the first-ever professor First Lady of the US, but people are still not happy.

A column by Joseph Epstein in The Wall Street Journal trolled Jill's achievements and described her as a "kiddo".

The author also questioned Jill's right to use 'Dr' before her name.

"A wise man once said that no one should call himself 'Dr.' unless he has delivered a child. Think about it, Dr. Jill, and forthwith drop the doc," wrote the author.

It went on to say that Dr Jill Biden sounds and feels "fraudulent, not to say a touch comic".

Jill is a doctor of education and has over 30 years of work experience.

The question is would such a demeaning and distasteful article ever be written about a man?

Woodrow Wilson was the Doctor of Philosophy and America's 28th President. Were his credentials ever questioned?

He is still celebrated as the US's most-educated president.

But, Jill is breaking that chain as she keeps her job as a professor as she will enter the White House next week.

She won't be present 24/7 at the White House and will also be teaching English to college students.

The American media should be celebrating Jill, rather than trolling her.

A first women vice president will change nothing if the media indulges in sexist rants and distasteful headlines.