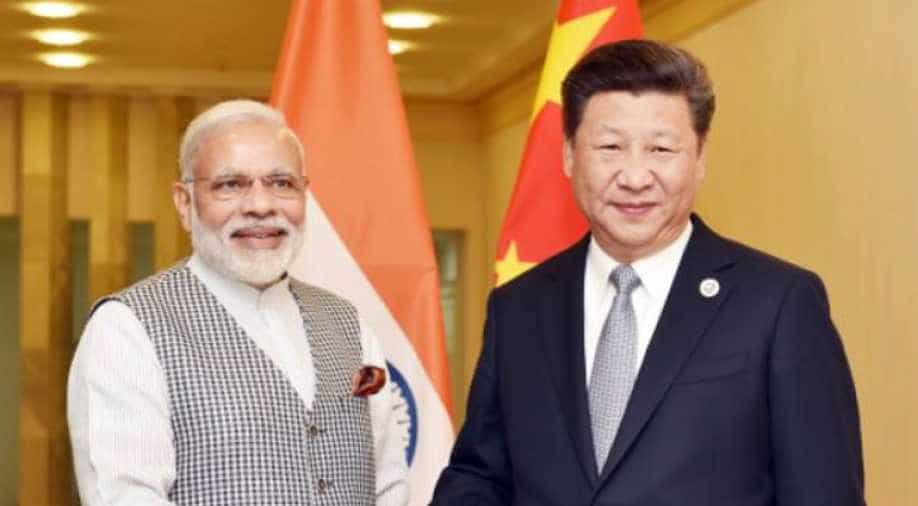 'The role is still available if India changes its mind, but it may only be a small role if it is left too late,' the Global Times said. Photograph:( Others )

India's refusal to join China's high-profile Belt and Road initiative is "regrettable" but New Delhi's boycott will not at all affect the cooperation in infrastructure development among its neighbouring countries, a report in a state-run newspaper said today.

The two-day Belt and Road Forum which is being attended by leaders from 29 countries, including Pakistan, has been boycotted by India due to sovereignty concerns over the USD 50 billion CPEC (China-Pakistan Economic Corridor), which passes through Pakistan-occupied Kashmir.

"While India recently issued an official statement saying it would not be part of the "One Belt and One Road" (B&R) initiative, it will not affect the trend towards cooperation in infrastructure development among its neighbouring countries at all," Global Times reported today.

"India was openly sceptical of China's Belt and Road Forum (BRF) hours ahead of the opening of the event, mainly due to concerns over the China-Pakistan Economic Corridor (CPEC), a key project of the B&R, and whether it might influence the disputed Kashmir region," it said.

The B&R is a grand economic cooperation and development plan open to everyone, and is aimed at improving infrastructure in countries along the B&R route, thus benefiting the local people, it said.

"China would never force any country to participate in the B&R if it was too sceptical and nervous to do so. It is regrettable but not a problem that India still maintains its strong opposition to the B&R, even though China has repeatedly said its position on the Kashmir dispute would not change because of the CPEC," the article said.

Referring to the statement issued by the Ministry of External Affairs on March 13, a day before the two-day B&R summit, it said India also cited the potential debt burden as one of its other concerns, saying that, "connectivity initiatives must follow the principles of financial responsibility to avoid projects that would create an unsustainable debt burden for communities."

"It is strange that the onlooker is more anxious than the players. While India cares about its neighbours' debt burden, the neighbours appear willing to take on more," it said.

"As regards the potential debt burden, Pakistan's repayments will peak at around USD 5 billion in 2022, but this will be offset by transit fees charged in the CPEC," it quoted a media report and referred to Nepal officially signing a deal with China to join the B&R with plans to build a cross-border rail link that may cost up to USD 8 billion.

The article further stated that given the active responses from countries along the route, there is no way for India to impede its neighbouring countries from cooperating with China in infrastructure development.

"China has formally invited India to join the B&R. If India doesn't want to take a part on the stage, then it should just be a good member of the audience. The role is still available if India changes its mind, but it may only be a small role if it is left too late," it said.