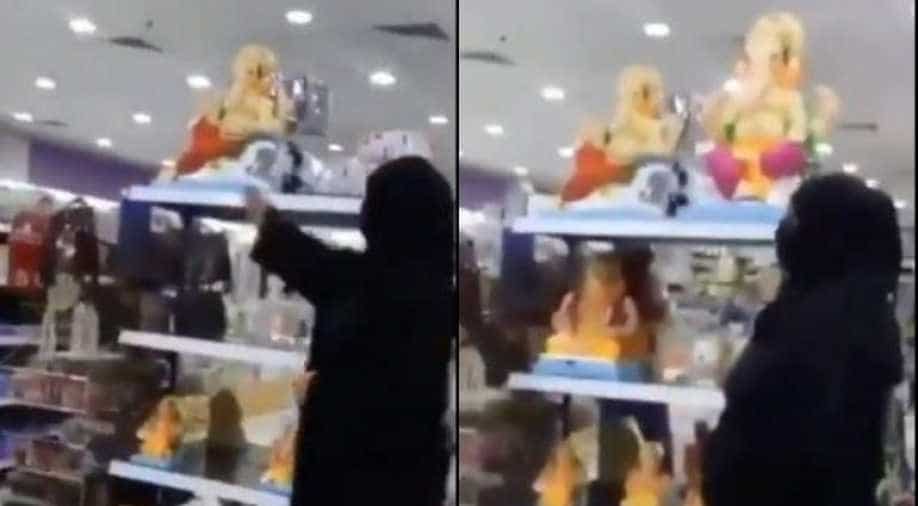 She will be tried in court, it added.

A video published online showed a woman in Bahrain smashing statues of Hindu deity Lord Ganesha. The 54-year-old woman has been charged with intentional damage and publically insulting a religious symbol on Sunday.

According to the interior ministry, the police summoned the woman was summoned after the video on social media showed her "intentionally damaging a shop... and breaking religious idols" in the Juffair area in the capital Manama.

The public prosecution issued a statement saying that the woman admitted to breaking the statues and was charged with multiple counts of criminal damage and of insulting a religious symbol.

She will be tried in court, it added.

The video, that made rounds on the social media, showed two women in a shop, standing near a display of the statues. One of them is seen grabbing statues and smashing them on the ground.

"This is a Muslim country, correct?" one woman is heard saying to a man in the shop.

"Let us see who will worship these statues. Call the cops," the other says.

The video sparked condemnation from netizens.

Khalid al-Khalifa, an advisor to the king of Bahrain and former foreign minister, said the woman's actions were unacceptable.

"Breaking of religious symbols is not the nature of the people of Bahrain. It is a crime... of hatred and is rejected," he tweeted.

Bahrain hosts hundreds of thousands of Indian workers live in the country.