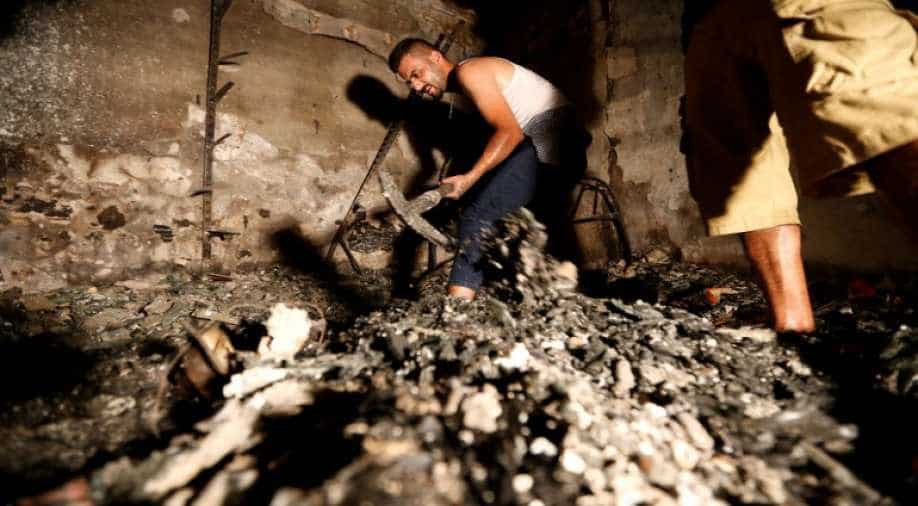 The blast sparked widespread anger among Iraqis, some of whom have accused the government of not doing enough to protect them. Photograph:( Reuters )

Follow Us
A Baghdad bombing claimed by the Islamic State (IS) group killed at least 250 people, officials said, raising the toll of what was already one of the deadliest attacks in Iraq.

A suicide bomber detonated an explosives-rigged vehicle in Baghdad`s Karrada district early on Sunday as it teemed with shoppers ahead of the holiday marking the end of the holy Muslim fasting month of Ramadan, sparking infernos in nearby buildings.

A police colonel and an interior ministry official both gave even higher death tolls for the attack.

Hamoud said that DNA testing would be required to identify more than half of the bodies and that the process was expected to take from 15 to 45 days, meaning that relatives of the missing may have to wait weeks to learn the fates of their loved ones.

The blast sparked widespread anger among Iraqis, some of whom have accused the government of not doing enough to protect them.

It has also overshadowed what would normally be a joyful holiday, instead turning it into a time of mourning and sadness.

IS overran large areas north and west of Baghdad in 2014, but Iraqi forces have since regained significant territory from the jihadists.

In response to the battlefield setbacks, the group has hit back against civilians, and experts have warned there may be more bombings as the jihadists continue to lose ground.