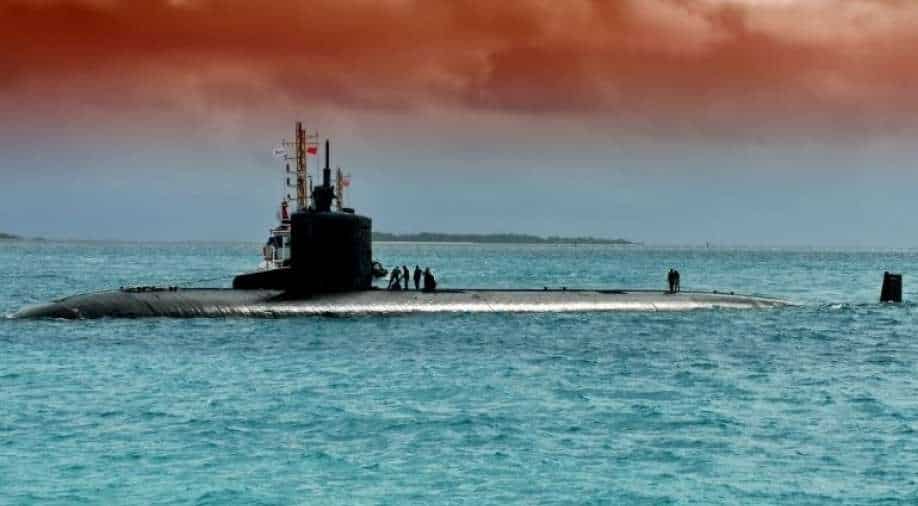 Beijing has expressed anger about the agreement, describing it as an 'extremely irresponsible' threat to the Pacific region's stability

With a newly formed defence alliance with Britain and the United States, Australia has formally embarked on a hotly contested programme to equip its naval forces with nuclear submarines.

The agreement is the first to be signed publicly since the three countries announced in September the formation of a defence alliance, AUKUS, to confront strategic tensions in the Pacific, where China and the US are at odds.

Defence Minister Peter Dutton and diplomats from the United States and the United Kingdom signed an agreement that allows for the exchange of sensitive "naval nuclear propulsion information" between their nations.

"The agreement will permit cooperation, which will further improve our mutual defence posture," US President Joe Biden said in a statement on Friday ahead of Dutton's signing ceremony in Canberra with US Charge d'Affaires Michael Goldman and British High Commissioner (ambassador) Victoria Treadell.

Watch | Gravitas: Is the West dumping Quad for Aukus?

The AUKUS deal will provide Australia with eight state-of-the-art, nuclear submarines capable of long-range missions. In addition, the agreement allows for the sharing of cyber, artificial intelligence, quantum, and unspecified undersea capabilities.

Beijing has expressed anger about the agreement, describing it as an "extremely irresponsible" threat to the region's stability.

France was also infuriated by the move, after finding out at the last moment that its own diesel-electric submarine contract with Australia, which was estimated to be worth $65 billion has been scrapped.

Australian Prime Minister Scott Morrison has stood by his handling of the agreement. Unapologetic, he states that it was in his country's national interest and that he knew that the agreement was bound to ruffle some feathers.