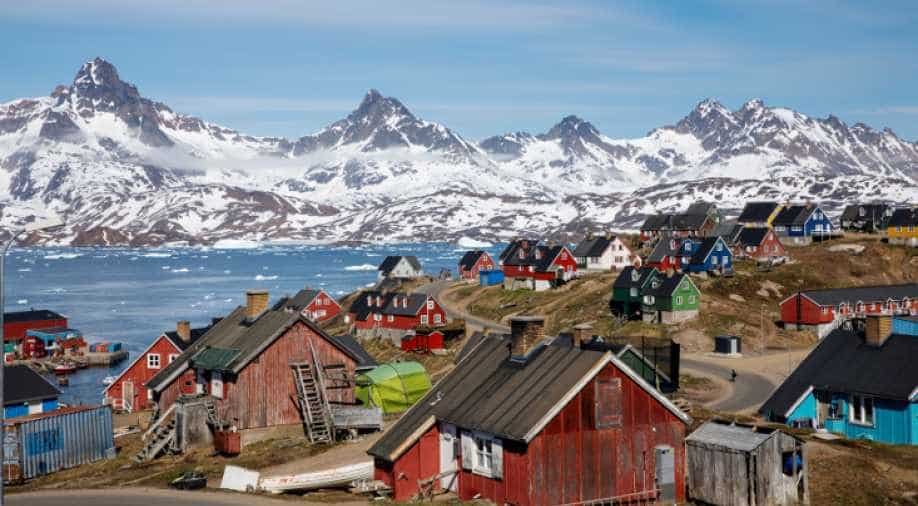 Soaring temperatures broke records in Germany, France, Britain and the Netherlands on Thursday.

The hot air that smashed European weather records this week looks set to move towards Greenland, a worrying development that may take Greenland's ice sheet close to or below the record low seen in 2012, the United Nations said on Friday.

Clare Nullis, spokeswoman for the UN World Meteorological Organization, said the hot air moving up from North Africa had not merely broken European temperature records on Thursday but surpassed them by 2, 3 or 4 degrees Celsius, which she described as "absolutely incredible".

"According to forecasts, and this is of concern, the atmospheric flow is now going to transport that heat towards Greenland," she told a regular UN briefing in Geneva.

"This will result in high temperatures and consequently enhanced melting of the Greenland ice sheet," she said. "We don't know yet whether it will beat the 2012 level, but it's close."

Nullis cited data from Denmark's Polar Portal, which measures the daily gains and losses in surface mass of the Greenland Ice Sheet.

"In July alone, it lost 160 billion tonnes of ice through surface melting. That's roughly the equivalent of 64 million Olympic-sized swimming pools. Just in July. Just surface melt - it's not including ocean melt as well."

Belgian zookeepers fed tigers with chickens encased in giant ice cubes on Wednesday as northern Europe baked in record temperatures during another heatwave that climate experts believe could become the new normal.

For the second time in a month, a high pressure system drew scorching air from the Sahara Desert, breaking records for Belgium and the Netherlands and threatening the same in Britain, Germany and France in a streak that is due to last until Friday.

Soaring temperatures broke records in Germany, France, Britain and the Netherlands on Thursday, as a heatwave gripped Europe for the second time in a month in what scientists said were becoming more frequent events as the planet heats up.

As a cauldron of hot air from the Sahara desert moved across the continent, drawn northwards by high pressure, Paris saw its highest temperature since records began and Britain reported its hottest weather for the month of July.

An all-time high was measured in Germany for a second day running, at 41.5 degrees Celsius (106.7 degrees Fahrenheit) in the northwestern town of Lingen - similar temperatures to those in some Gulf Arab capitals on Thursday.

The unusual conditions brought a reduction in French and German nuclear power output, disrupted rail travel in parts of Britain and sent some Europeans, not habitual users of air conditioning in their homes, out to the shops in search of fans.

In Spain, a wildfire in the northern province of Zaragoza was almost under control, but there was a risk of further outbreaks, especially in eastern parts, where the temperature was set to rise as high as 41 degrees Celsius (106 Fahrenheit).

Peter Innes, a senior climate research scientist at Britain's University of Reading, said the recent greater frequency of hot summers was in line with expectations about manmade global warming.

He referred to a study looking at the European heatwave of 2003 and a finding that by the middle of the 21st century, this could be the norm.

"It has been estimated that about 35,000 people died as a result of the European heatwave in 2003, so this is not a trivial issue," he said.