Athletes across all sports boycott games after Jacob Blake's shooting 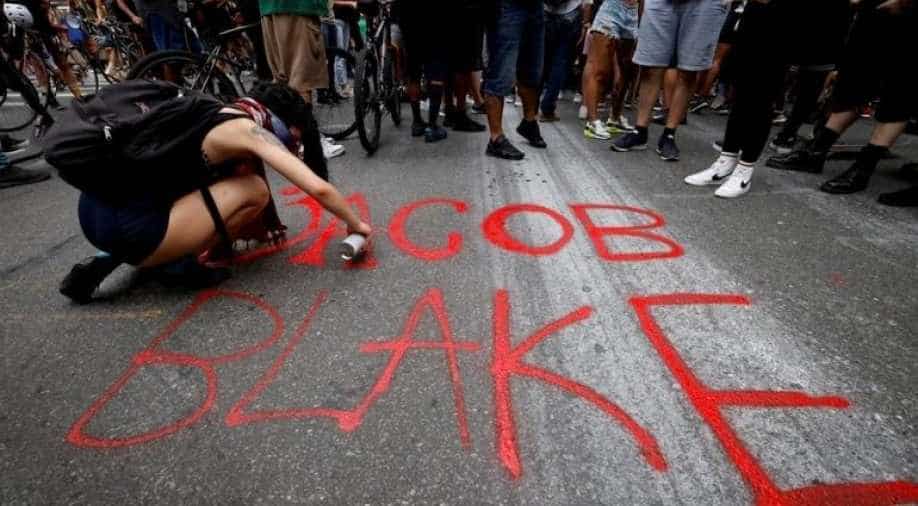 Players of the American basketball team ----- Milwaukee bucks were the first do it. The bucks refused to take the court in the NBA playoff game against Orlando Magic.

Since George Floyd's killing, athletes have been protesting. But, they never gave up playing. But after Jacob Blake's shooting in Wisconsin, they have taken a historic step ----- to boycott games.

Players of the American basketball team ----- Milwaukee bucks were the first do it. The bucks refused to take the court in the NBA playoff game against Orlando Magic.

Their statement read: "Over the last few days in our home state of Wisconsin, we've seen the horrendous video of Jacob Blake being shot in the back seven times by a police officer in Kenosha, and the additional shooting of protesters. Despite the overwhelming plea for change, there has been no action. So, our focus today cannot be on basketball."

The boycott has forced the national basketball association to reschedule the playoffs.

Players across teams joined the boycott. Washington Mystics wore t-shirts with seven fake bullet holes in the back. The Mystics too boycotted their game against Atlanta dream.

The women's teams came together on the court in protest. They said: "It was important for us to collectively come up with something that we feel would make a very bold statement. A lot of people were like, 'oh, you'll be silenced'. We're black women, we 're used to people trying to tell us to shut up. We don't care. We're here, we've got to say what we've got to say and we're going to say how we feel."

These boycotts have prompted a wave of walkouts across multiple sports in America.

Within hours of the bucks boycott, five major league soccer games and, three Major League Baseball games were called off.

The Wisconsin-based, Milwaukee Brewers refused to take the pitch saying  Jacob Blake's shooting is one that hit close to home. They said: "The most impactful thing we could do was not play our baseball game to not distract from what's going on in the country. We felt like baseball was insignificant relative to the issues that we all continue to see and that we are disturbed by."

The National Hockey League players back the basketball players.

Sean Couturier of Philadelphia Flyers said that as athletes it is their responsibility to speak up against racial hatred.

While the other athletes have come together as a team. Tennis star Naomi Osaka is single-handedly taking on racism.

She is a Japanese by nationality, but the daughter of a black man.

On Twitter, she announced her decision to pull out of an ongoing tournament despite reaching the semi-finals.

Her words capture the anger behind the historic boycotts.

Osaka says "before I am an athlete, I am a black woman."

In America, boycotts may tear up the year's sporting schedule.

But this time, players want to see change. They are using their courts to demand justice. Even at the cost of their short-lived, but glorious careers.