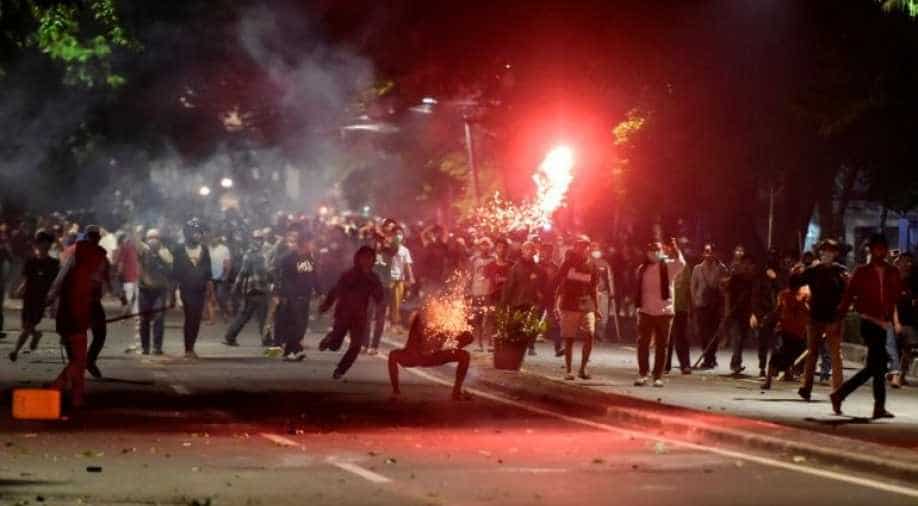 Earlier today, a police spokesman said that Indonesian police have arrested at least 20 people accused of provoking riots in Jakarta.

At least six people are dead and 200 injured in civil unrest in the Indonesian capital, its governor, Anies Baswedan, said on Wednesday after the election commission confirmed President Joko Widodo had won last month's election.

"As per 9 o'clock this morning, there were 200 people hurt being brought to five hospitals," the governor told broadcaster TVOne.

"The number of people dead was six," he said, adding that hospitals were conducting post mortems to determine the cause of death.

Earlier today, a police spokesman said that Indonesian police have arrested at least 20 people accused of provoking riots in Jakarta.

The protests and riots came after the General Election Commission on Tuesday confirmed unofficial counts by private pollsters in the April 17 election, which gave Widodo a 55.5% share of votes against 44.5% for his opponent, former general Prabowo Subianto.

Widodo won more than 85 million votes of a total of 154 million cast in the world's third-largest democracy, but Prabowo told reporters he believed there had been widespread cheating and about 1,000 supporters gathered in Jakarta a day earlier.