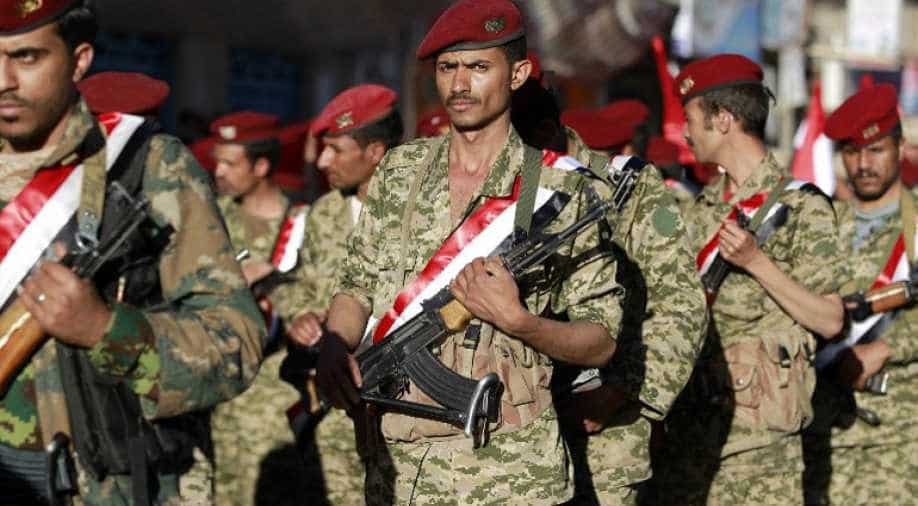 A suicide bomber killed 35 soldiers and wounded 50 others at a military camp in southern Yemen on December 10. (Representative Image) Photograph:( AFP )

A suicide bomber killed at least 48 Yemeni soldiers and wounded 29 on Sunday when he detonated his explosives at a gathering in the southern city of Aden, military officials and medics said.

Many others were wounded in the attack that targeted a crowd of soldiers gathered to collect their salaries at a base in northeastern Aden, the officials and medics said.

The attacker immersed himself among the soldiers at al-Solban base, in al-Arish district, a military official said.

The attack comes eight days after a similar bombing in Aden claimed by the Islamic State jihadist group killed 48 soldiers and wounded 29 others.

Islamic State has claimed responsibility for the attack, saying they killed more than 70 'apostates'.

Yemeni authorities have for months pressed a campaign against jihadists who remain active in the south and east of the war-torn country.

IS and its jihadist rival Al-Qaeda have taken advantage of a conflict between the government and the Huthi rebels, who control the capital Sanaa, to bolster their presence across much of the south.

The two groups have carried out a spate of attacks in Aden, Yemen's second city and headquarters of the internationally recognised government whose forces retook the port from the Huthis last year.

But Al-Qaeda has distanced itself from the December 10 attack, claiming that it tends to avoid "the shedding of any Muslim blood" while focusing on fighting the "Americans and their allies".