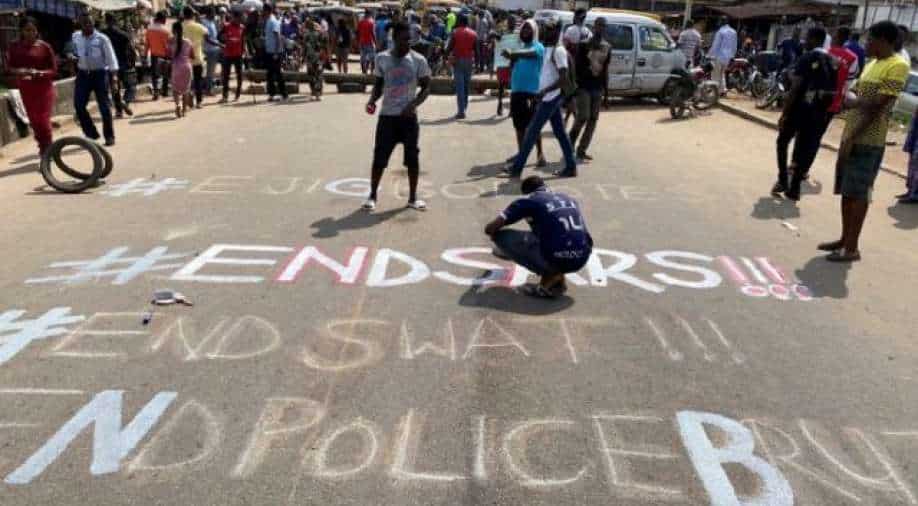 Nigeria's military, however, denied responsibility for the Lekki shootings, posting a tweet that labelled several reports as fake news.

At least 12 people have been killed and 28 others injured after soldiers opened fire on Nigerians protesting against police brutality.

Buildings in Nigeria's main city of Lagos were torched and sporadic clashes erupted after the shooting of the protesters.

Thousands of Nigerians have demonstrated nationwide every day for nearly two weeks against a police unit, the Special Anti-Robbery Squad (SARS) that rights groups had for years accused of extortion, harassment, torture and murders. The unit was disbanded on Oct. 11 but the protests have persisted with demonstrators calling for a raft of law enforcement reforms.

Nigeria's military, however, denied responsibility for the Lekki shootings, posting a tweet that labelled several reports as fake news.

In a Twitter post, the Nigerian Army said no soldiers were at the scene of the shooting on Tuesday night in Lekki, an upmarket district where the toll gate has been the site of daily protests in Lagos, Africa's biggest city.

President Muhammadu Buhari — who has said little about the protests engulfing his country— did not mention the Lekki shootings but in a statement, Wednesday issued a call for calm and vowed police reforms.

Buhari''s statement said the dissolution of the SARS unit “is the first step in a set of reform policies that will deliver a police system accountable to the Nigerian people,” and said his government is committed to “the implementation of lasting police reforms in Nigeria.” Nigeria''s spiralling crisis has drawn international attention, including from U.S. presidential candidate Joe Biden who denounced the shootings.

“I urge President Buhari and the Nigerian military to cease the violent crackdown on protesters in Nigeria, which has already resulted in several deaths,” wrote Biden. “My heart goes out to all those who have lost a loved one in the violence. The United States must stand with Nigerians who are peacefully demonstrating for police reform and seeking an end to corruption in their democracy.” Beyoncé said she is “heartbroken to see the senseless brutality taking place in Nigeria,” on Instagram. Former U.S. presidential candidate Hillary Clinton also condemned the violence.