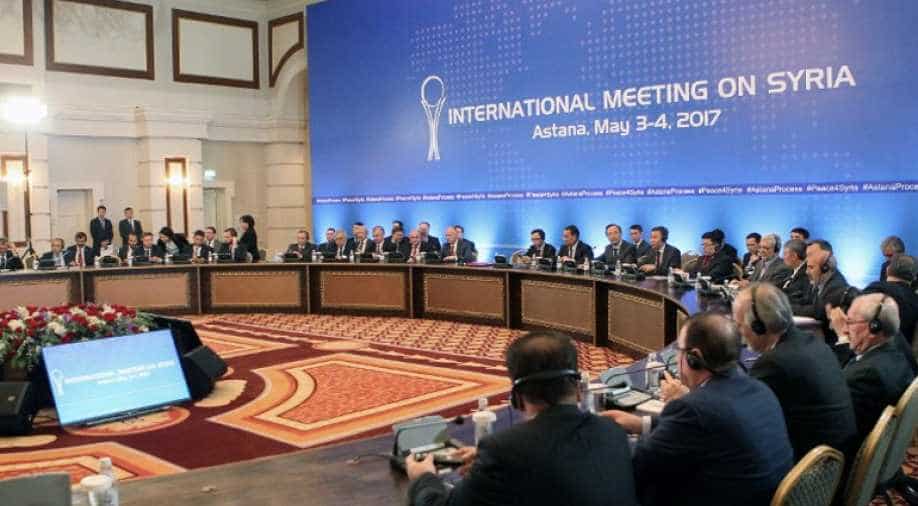 Participants at the fourth round of Syria peace talks in Astana talks Photograph:( AFP )

An AFP reporter at peace talks in the Kazakh capital Astana saw the heads of the delegations - who represent the three countries sponsoring the negotiations - sign the document.

The move is being seen as a breakthrough although the opposition hasn't backed the initiative.

"If there is a de-escalation zone, then planes will not fly there on condition that no military activity emanates from these zones," Putin had said at a press conference with Turkish leader Recep Tayyip Erdogan.

Russia was hoping to negotiate a memorandum with Turkey and Iran to establish four de-escalation zones in Syria, Russian negotiator Alexander Lavrentyev had said earlier.

"These are the zones where most intensive fighting is taking place between the government forces, Jabhat al Nusra and a moderate opposition," Lavrentyev told reporters this morning.

Turkey's president had said on Wednesday (May 3) that he believed his Russian counterpart would play a major role in establishing a ceasefire in Syria.