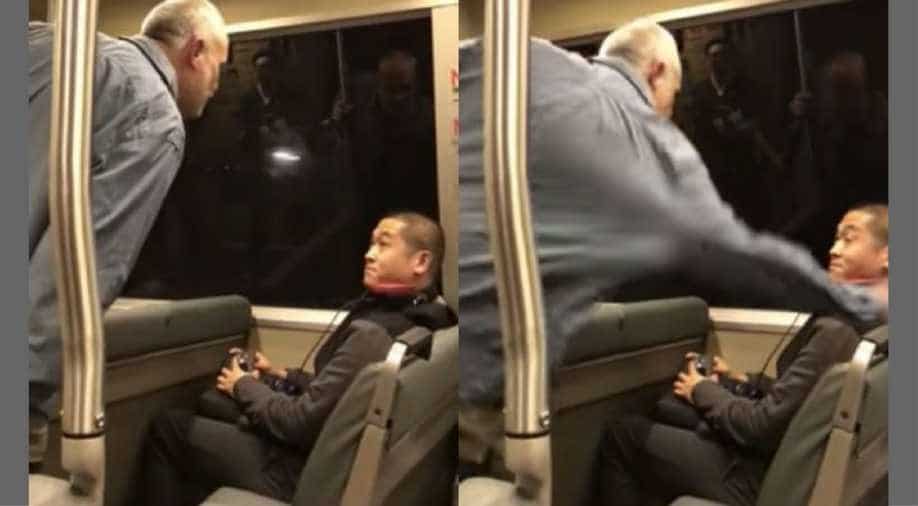 Other passengers intervened and called the police. (Image source: YouTube) Photograph:( Others )

An Asian man was verbally and physically assaulted by a fellow passenger on the Bay Area Rapid Transit (BART) train in Northern California Wednesday.

The video of the incident was recorded by a passenger named Wiseley Wu who uploaded it to his Facebook profile.

As reported by SFWeekly, the victim has been identified as Charles Wu who was harassed on Monday night.

The assailant got on the train near the Coliseum Station and was talking loudly about the Warriors' Stephen Curry. Only when he started to use racial slurs, the Asian man asked him to stop, to which the assailant got offended and directed his attacks to Charles.

On Wednesday morning, BART published an official update on their Facebook page stating that their detectives have spoken to the victim and that he doesn't want to press any charges against the assailant.

This deplorable act is being investigated. We have the ability to ban violent riders- it's called a prohibition order and we issue them when appropriate. All of the details about this case can be found here: https://t.co/ZkquI4hjW9#BayAreaRidesTogether https://t.co/TFAE29wB7q

Viral video update: Detectives spoke to the victim today and he is still not interested in pursuing any charges- which was also the case when our officer responded to the train when it happened. We are sharing the image of the individual in the video with all of our officers.