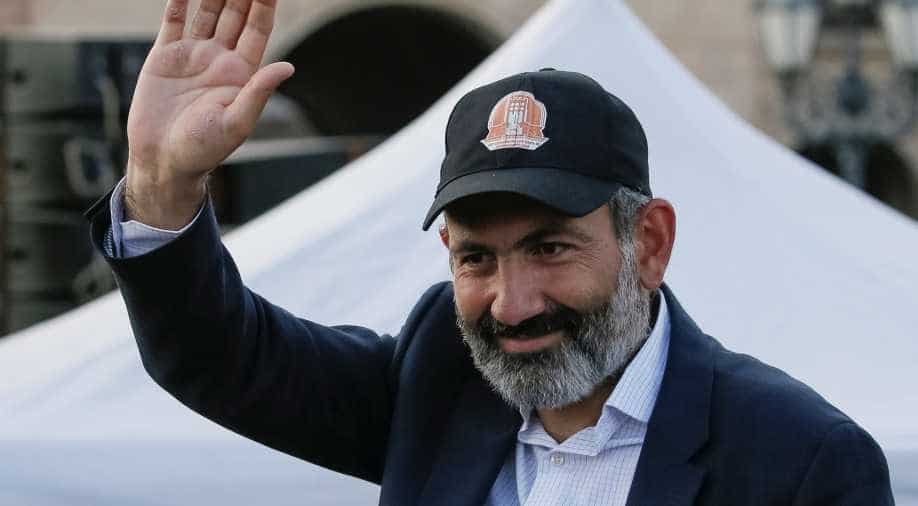 Armenian opposition leader Nikol Pashiyan told his supporters to stage protests on Tuesday in a bid to pressurize the parliament to elect him as Prime Minister and further warned of a "political tsunami" if top echelons of RPA and former presidents Serzh Sargsyan and Robert Kocharyan clings to power.

While addressing the people at the National Assembly on Monday, Pashiyan said that &nbspSerzh Sargsyan and Robert Kocharyan had been threatening all the Armenian MP's and preventing them to vote for people's candidate, claiming that the duo plan to return to power.

Pashinyan led days of protests that forced veteran leader Serzh Sarksyan to step down as prime minister last week and is the sole nominee to take over the role. But he needs approval from a parliament dominated by Sarksyan supporters.

As tens of thousands of people gathered in central Yerevan, Pashinyan told lawmakers before a vote on his candidacy that Sarksyan's backers in the ruling Republican Party should not snub the Armenian people's demands for change. "You would think that in the situation that has unfolded conclusions would have been drawn, but the Republican Party has started to play cat-and-mouse with the people," said Pashinyan, who had swapped his usual camouflage T-shirt for a suit and tie.

Addressing Republican Party officials, he said: "Your behaviour, treating the tolerance of the people as a weakness, could become the cause of a tsunami."

"Don't stay at home, and right now, go out into the streets if you have not done it yet ... Flood out onto the streets and the squares of the capital and other towns in the republic." The deadline for parliamentary factions to nominate their candidates ran out at 18:00 on Monday.

National Assembly (NA) of Armenia will convene a special session on May 1, and the topic of the agenda will be the election of a new Prime Minister.

Pashiyan stated that taking the current delicate situation into consideration “we have created all conditions for Serzh Sargsyan and RPA’s top echelons to leave in a dignified manner”.