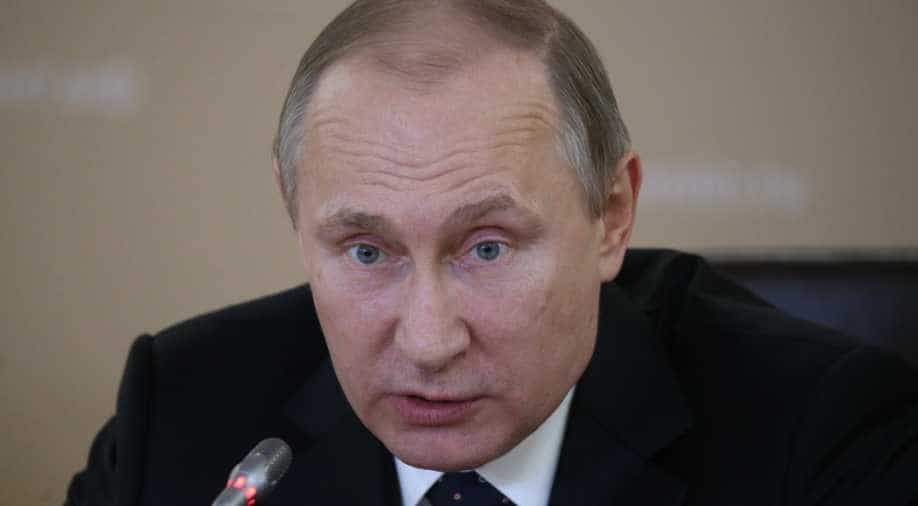 In May, Russian President Vladimir Putin warned Washington that Moscow will consider measures to "end threats" from NATO's anti-missile systems in Europe that are based essentially on US technology. Photograph:( Getty )

Follow Us
Armenia's Parliament on Thursday approved the government's decision to join Russia's air defence system in a move criticised by the opposition as surrendering the country's sovereignty.

Moscow is working on merging the air defence capabilities of its former Soviet partners that are now its military allies in the Collective Security Treaty Organisation (CSTO), a regional answer to NATO.

Lawmakers in the landlocked Caucasus country approved the initiative with 102 votes for and eight against and Armenia's deputy defence minister Ara Nazaryan applauded it as a boost to its defences.

Nazaryan said the command of the joint air defences will be in Russia, but that Armenia's military will control separate air defence systems.

"With this agreement we will be able to use the technical capabilities and resources of Russia's air defence, including weapons, aircraft, and the ability to use fighter aircraft," he said in parliament.

Some opposition forces have decried the decision, saying it cedes the impoverished country's sovereignty to Moscow, which also has sizeable military cooperation with Yerevan's arch-foe Azerbaijan.

"This is an attempt to hand over the last bits of Armenian sovereignty to a foreign state that sold $5 billion worth of weapons to Azerbaijan," the pro-Western Heritage party said in a statement.

Moscow has stepped up military cooperation with its CSTO allies since becoming embroiled in its worst standoff with the West since the Cold War over its 2014 annexation of the Crimea peninsula from Ukraine and the subsequent start of a pro-Russian uprising in Ukraine's east.

Russia, for its part, accuses NATO of expanding its military reach close to its borders.

In May, Russian President Vladimir Putin warned Washington that Moscow will consider measures to "end threats" from NATO's anti-missile systems in Europe that are based essentially on US technology.