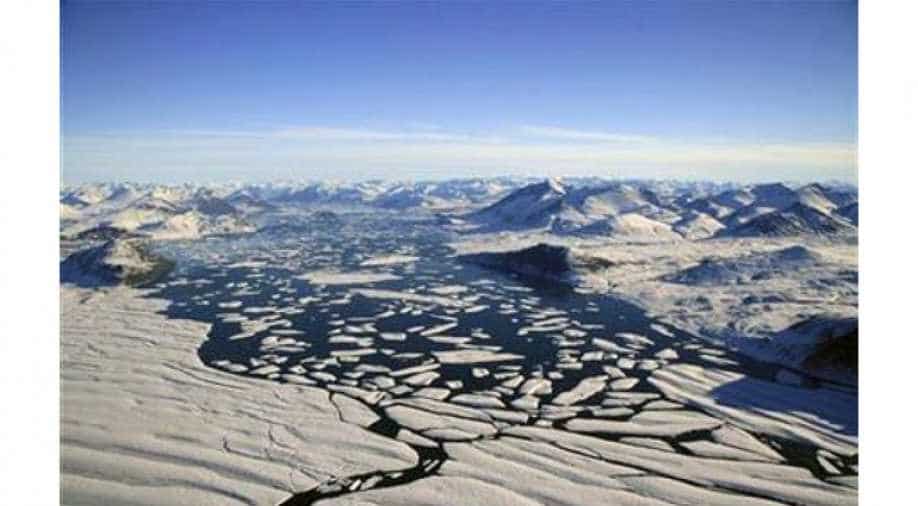 'Arctic air temperatures for the past five years have exceeded all previous records since 1900,'  reported by the annual US National Oceanographic and Atmospheric Administration study.

The Arctic had its second-hottest year on record in 2018, part of a warming trend that may be dramatically changing earth's weather patterns, according to a report released on Tuesday by the US National Oceanographic and Atmospheric Administration.

"Arctic air temperatures for the past five years have exceeded all previous records since 1900," according to the annual NOAA study, the 2018 Arctic Report Card, which said the year was second only to 2016 in overall warmth in the region.

It marks the latest in a series of warnings about climate change from US government bodies, even as President Donald Trump has voiced scepticism about the phenomenon and has pushed a pro-fossil fuels agenda.

The study said the Arctic warming continues at about double the rate of the rest of the planet, and that the trend appears to be altering the shape and strength of the jet stream air current that influences weather in the Northern Hemisphere.

"Growing atmospheric warmth in the Arctic results in a sluggish and unusually wavy jet-stream that coincided with abnormal weather events," it said, noting that the changing patterns have often brought unusually frigid temperatures to areas south of the Arctic Circle.

Some examples are "a swarm of severe winter storms in the eastern United States in 2018 and the extreme cold outbreak in Europe in March 2018 known as 'the Beast from the East.'"

Environmentalists have long warned of rapid warming in the Arctic, saying it threatens imperiled species like polar bears and is a harbinger of the broader impacts of climate change on the planet.

Scientists have warned that the region could suffer trillions of dollars worth of climate change-related damage to infrastructure in the coming decades.

But the melting of Arctic ice has piqued the interests of polar nations like the United States, Canada and Russia by opening new shipping routes and expanding access to a region believed to be rich in petroleum and minerals.

The United States and Russia have both expressed an interest in boosting Arctic drilling, and Russia has bolstered its military presence in the north.

The NOAA report comes weeks after more than a dozen US government agencies released a study concluding that climate change is driven by human consumption of fossil fuels and will cost the US economy hundreds of billions of dollars by the end of the century.

Trump, who has been rolling back Obama-era environmental and climate protections to maximize production of domestic fossil fuels, said of the update to the National Climate Assessment: "I don't believe it."

Trump last year announced his intention to withdraw the United States from the 2015 Paris Deal agreed by nearly 200 nations to combat climate change, arguing the accord would kill jobs and provide little tangible environmental benefit.