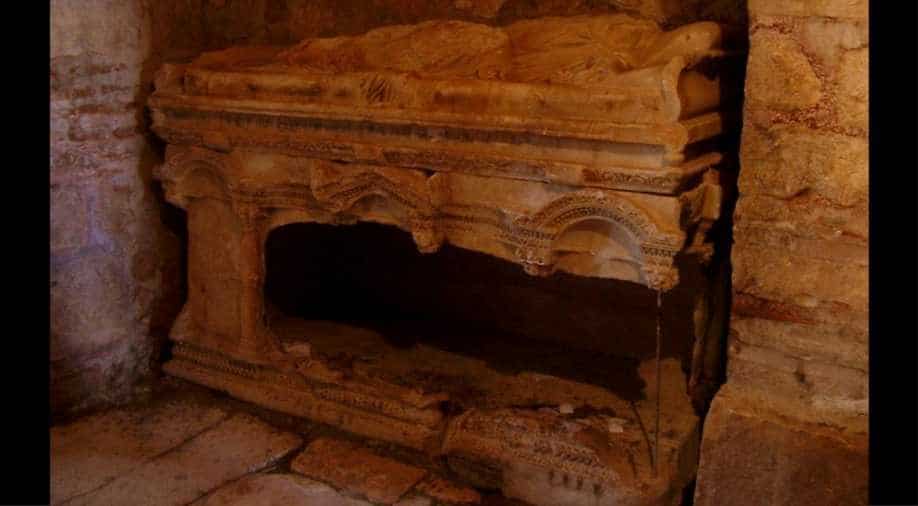 Turkish experts claim that what was believed to be the original grave of Saint Nicholas (pictured) was in fact the grave of an anonymous priest. Photograph:( Others )

Archaeologists have unearthed a tomb beneath the ruins of an ancient church in Turkey which they believe contains the remains of Saint Nicholas, popularly known as Santa Claus.

According to Newsweek, the tomb contains an undamaged grave at a site in the St Nicholas Church located in Turkey’s southern Antalya province.

The church is in the Demre district of Turkey which is known to be the Christian saint's birthplace.

As reported by Newsweek, the head of Antalya’s Monument Authority, Cemil Karabayram, told the Turkish press the shrine was discovered during electronic surveys that showed gaps beneath the church.

He said, “We believe this shrine has not been damaged at all, but it is quite difficult to get to it as there are mosaics on the floor.”

Archaeologists currently working on the excavation process will have to loosen each tile from the mosaics and remove them together in a mould.

There are various stories behind the Saint's 1674-year-old remains, some even tracing his place of rest to as far away as Italy and Ireland.

At the time of his death in 343 A.D., Saint Nicholas was interred at the Church in Demre, formerly known as Myra, where he lay undisturbed until the 11th century. According to reports from Italy, his remains were taken during the crusades to either Venice or Bari, Italy.

As per the report, most Catholic and Orthodox Christians accept that the Basilica di San Nicola in Bari, Italy, is the final resting place of Santa Claus’s remains. However, Turkish experts are now claiming the wrong bones were removed and those taken abroad belong to an anonymous priest.

Talking about the excavation, Karabayram said that he is very optimistic about uncovering Saint Nicholas’s remains -- with researchers from eight differing fields of study involved in the process of uncovering the grave.

Santa Claus or Saint Nicholas became a figure associated with the Christian holiday of Christmas in the 16th century. He became popular in Europe when he became Father Christmas, known for giving presents to young children.