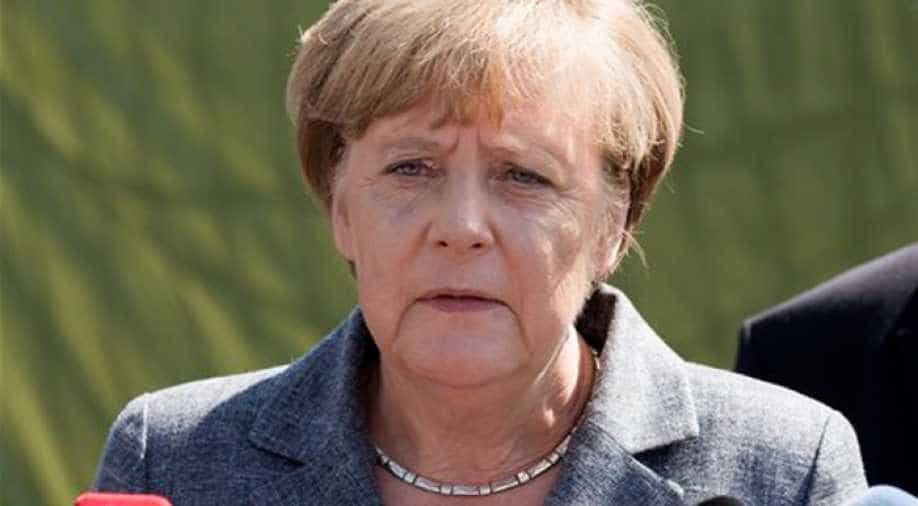 The move is seen as a new attempt at shaking Europe's biggest economy out of paralysis after September`s inconclusive elections. Photograph:( Zee News Network )

Chancellor Angela Merkel voiced optimism as she opened talks Sunday with Germany`s second-biggest party on renewing their alliance, in a new attempt at shaking Europe`s biggest economy out of paralysis after September`s inconclusive elections.

The week of meetings between Merkel`s conservative alliance and the Social Democrats (SPD) will examine whether both sides have enough common ground to begin formal coalition negotiations towards a new government by March or April.

"I am going into these talks with optimism. At the same time it is clear to me that we will have an enormous amount of work in front of us over the next few days but we are willing to take it on and to bring a good result," Merkel told journalists as she arrived at the SPD`s headquarters for the meeting.

"I think that it can be done. We will work very swiftly and very intensively," she added.

The talks are not without pitfalls -- including tricky questions surrounding the more than a million asylum seekers who have arrived in Germany since 2015.

The far-right anti-immigration AfD capitalised on growing misgivings in Germany over the new arrivals, winning more than 90 parliamentary seats in the watershed election.

Merkel was left without a majority, while the centre-left SPD found itself with its worst post-war score.

Anxious to stem the haemorrhage to the far right, the conservative wing of Merkel`s party, as well as her Bavarian allies CSU, are championing a tougher stance on immigration -- including demands that are unpalatable to the SPD.

With an eye on a regional election in Bavaria later this year, where current polls show that the CSU could lose its absolute majority, the party wants financial handouts to asylum seekers reduced.

Following several violent crimes involving refugees of uncertain age who claimed to be minors, the party also wants medical tests to determine if adult migrants are posing as under-18s.
Nevertheless, CSU chief Horst Seehofer voiced his determination to find a deal with the SPD.

"We must find an agreement," he said Sunday as he entered into the exploratory talks.SPD chief Martin Schulz meanwhile signalled that his party was going into the talks with an open mind, while determined to extract key concessions on social welfare reforms.

"We`re not drawing any red lines, but we want as many red policies in Germany implemented as possible," he said, in a reference to his party`s colour.

The Social Democrats had initially vowed to go into opposition, but the collapse of coalition talks between Merkel and smaller parties pushed them to reconsider.

As the two sides square off at the negotiating table, the parties have agreed to decline media interviews, with publicity limited to joint statements.

The decision is aimed at preventing a rerun of Merkel`s previous failed attempt at forging a coalition late last year, when interviews given by negotiators soured the atmosphere.

Despite the two sides` apparent commitment to keeping it together, the latest opinion polls suggest that a potential new grand coalition enjoys little favour with Germans.

A survey published by Focus magazine found that 34 percent of Germans prefer new elections, while only 30 percent favoured a return of the conservative-SPD alliance.

Another poll published by public broadcaster ARD found that only 45 percent of Germans view a new grand coalition positively, while 52 percent considered this a bad option.

Rachel Tausendfreund from the German Marshall Fund think-tank noted however that a deal may be the best option, not only for Germany but also for Europe, particularly if the SPD manages to extract key compromises on EU and social welfare reforms.

"It could indeed be dangerous for the SPD, but the alternative is by no means safe. Better to take a bullet for Europe than poison for a very uncertain chance at renewal."