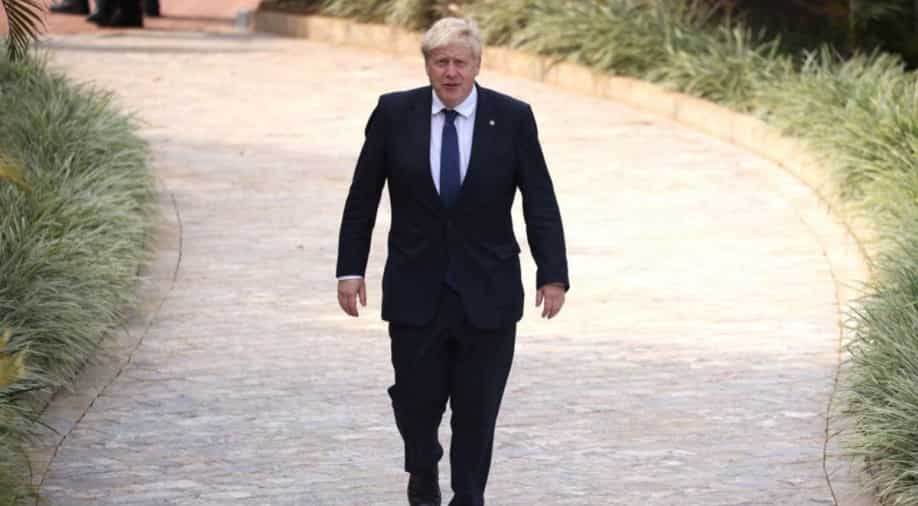 If he remains in power beyond 2031, Johnson would beat Margaret Thatcher’s record as the longest continuously serving British prime minister

UK Prime Minister Boris Johnson has expressed interest in seeking a third term amidst calls for him to quit over the 'partygate' scandal, the country's cost of living crisis and inflation.

When Johnson was asked if he would like to serve a full second term in office —till 2028 or 2029—he responded, “At the moment I'm thinking actively about the third term and what could happen then, but I will review that when I get to it,” according to BBC.

Johnson made these comments on the sidelines of the Commonwealth Heads of Government Meeting at the Intare Conference centre in Kigali, Rwanda.

If he remains in power beyond 2031, Johnson would beat Margaret Thatcher’s record as the longest continuously serving British prime minister since Robert Banks Jenkinson, the Earl of Liverpool, who was in office from 1812 to 1827.

But Johnson’s bullish demand belies the party’s performance in the recent by-poll elections and his barely surviving the vote of confidence in Parliament.

On Friday, Conservative candidates lost two parliamentary by-elections held to replace former Conservative incumbents who had to step down, one after being convicted of sexual assault and the other for watching pornography in the House of Commons.

Earlier this month, Johnson survived a vote of confidence by Conservative lawmakers in which 41 per cent of MPs voted to oust him. He is also under investigation for intentionally misleading parliament.

According to experts, the by-election results reflect the larger mood of the public who are miffed with Johnson’s gross mismanagement and for being involved and holding several lockdown parties.

Britain is also in the midst of its deepest cost-of-living crisis in decades, with inflation at a 40-year high.

Johnson told reporters that he did not expect to have to fight another internal challenge from within his party and blamed the by-election defeats partly on months of media reporting of lockdown parties at the heart of government.

Meanwhile, a Tory MP has told BBC that he wants the rules changed so that Johnson could face another confidence vote.