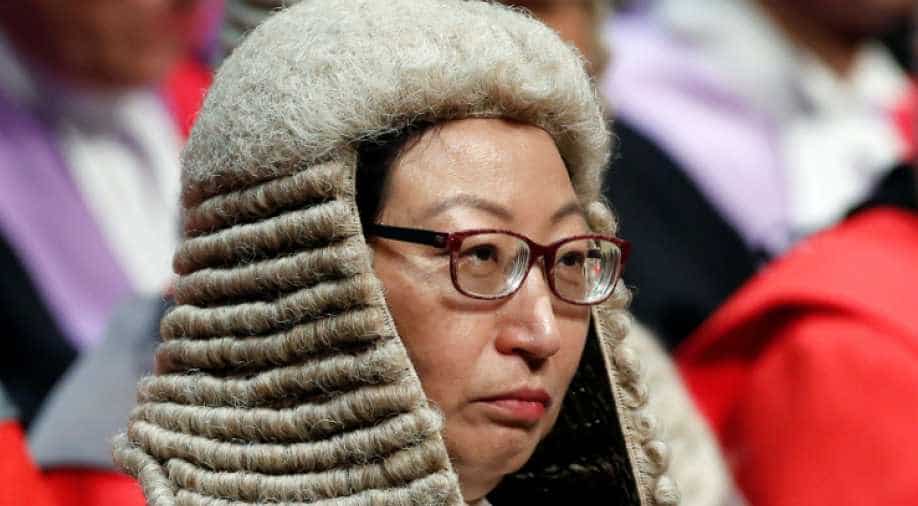 Hong Kong leader Carrie Lam has said the controversial bill "is dead", but protesters say nothing short of a full withdrawal will do and have called for officials, including Lam and Cheng, to step down.

Hong Kong's secretary for justice, Teresa Cheng, will travel to Beijing on Wednesday, the city government said, as protests in the Asian financial centre against an extradition bill she had supported showed no sign of easing.

Hong Kong leader Carrie Lam has said the controversial bill "is dead", but protesters say nothing short of a full withdrawal will do and have called for officials, including Lam and Cheng, to step down.

The extradition bill would have allowed people to be sent to mainland China for trial in courts controlled by the Communist Party, sparking fears over Hong Kong's much-cherished rule of law.

Millions have taken to the streets over the past month in some of the largest and most violent protests in Hong Kong in decades over a bill that would allow people to be sent to mainland China for trial in courts controlled by the Communist Party.

Tens of thousands of people attended Sunday's protest which ended in chaos in a shopping mall, with scores of protesters threw umbrellas, hard-hats and plastic bottles at police who fired pepper spray and hit out with batons.

Hong Kong leader Carrie Lam said protesters who clashed with police on the weekend were rioters, a legally loaded term in the city, and she supported the police in upholding the law and seeking perpetrators.

Lam said more than 10 police were injured with six hospitalised.

The government information office said 28 people, including police, were injured.

Security chief John Lee said the government was concerned at an apparent escalation of violence by activists who threw bricks and iron bars.

"We found that people who attacked the police were very organised ... they are well-planned and there are plans to deliberately do damage and disrupt social stability," Lee said as he visited the hospital with Lam.

Hong Kong returned to Chinese rule in 1997 under a "one country, two systems" formula that guarantees freedoms for 50 years that are not enjoyed in mainland China, including the right to protest and an independent judiciary.

But many residents worry about what they see as an erosion of those freedoms and a relentless march toward mainland control. Beijing denies interfering in Hong Kong affairs.

The extradition bill that has sparked the protests would have allowed criminal suspects in Hong Kong to be sent to China to face trial in courts controlled by the ruling Communist Party.

Critics say that would threaten Hong Kong's rule of law and its place as an Asian financial hub.