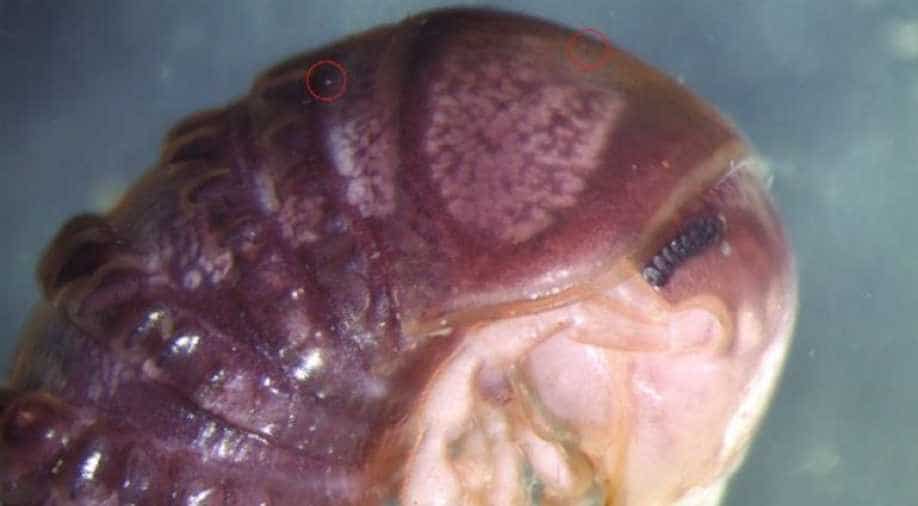 The North American millipede photo was posted in 2018 by entomologist Derek Hennen, now a PhD student at Virginia Tech.

A biologist and associate professor at the University of Copenhagen's Natural History Museum of Denmark have has discovered a type of parasitic fungus on Twitter.

Ana Sofia Reboleira came across a picture of a  North American millipede (Cambala annulata) on Twitter. The parasitic fungus was named after Twitter and was called Troglomyces twitteri.

Hi @Twitter you have a new species named after you: https://t.co/jB4zUqUb2o

The North American millipede photo was posted in 2018 by entomologist Derek Hennen, now a PhD student at Virginia Tech.

A super cool story came out today! We finally have a species of ectoparasitic fungus known from millipedes in North America, thanks to @SReboleira's keen eyesight. https://t.co/KMaklHpn6t

“To everyone (including me!), it was as normal of a millipede photo as you can get. But if you’re @SReboleira [Ana Sofia Reboleira’s handle], you have AMAZING vision and a preternatural talent for spying tiny fungi. She saw something no one else did!” Hennen tweeted on Friday.

Reboleira spotted was a few tiny dots. “I could see something looking like fungi on the surface of the millipede. Until then, these fungi had never been found on American millipedes,” she said in a statement released by the University of Copenhagen.