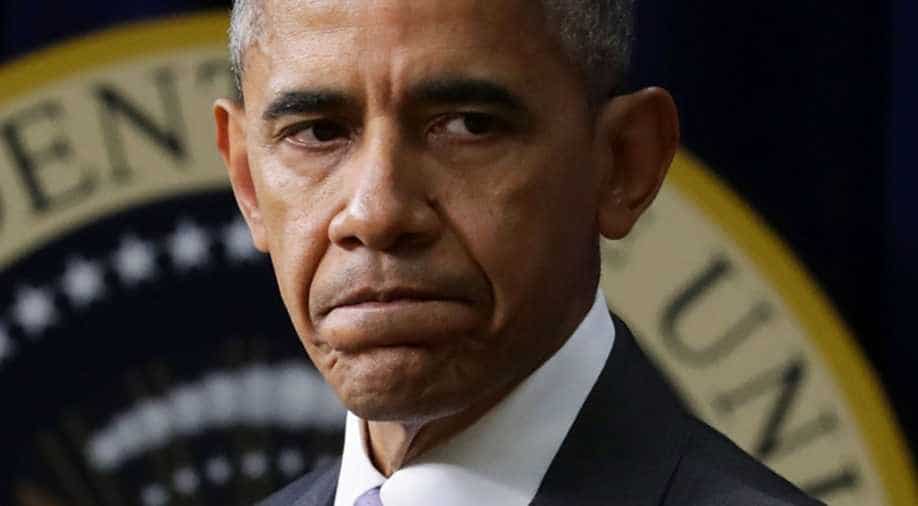 The White House has accused Russian President Putin of direct involvement in cyber attacks designed to influence the US election. Photograph:( Getty )

Barack Obama has warned that the US will retaliate against Russian cyber attacks during the US presidential election, news agency AFP reported.

"I think there is no doubt that when any foreign government tries to impact the integrity of our elections that we need to take action," Obama told NPR radio, according to AFP.

"And we will, at a time and place of our own choosing."

Obama made the remarks after intelligence officials said that Putin was personally linked to the hacking campaign, ABC News reports.

Russia has denied the hacking allegations.

"I don't think things happen in the Russian government of this consequence without Vladimir Putin knowing about it," one of Obama’s top advisers, Ben Rhodes, said earlier Thursday.

"Everything we know about how Russia operates and how Putin controls that government would suggest that, again, when you're talking about a significant cyber intrusion like this, we're talking about the highest levels of government," he told MSNBC television.

The CIA has said that the Russian cyber attacks, including the hacking of emails from the Democratic National Committee, were intended to influence the election in Donald Trump’s favour, according to The Guardian.

Trump has blasted the CIA’s assessment as "ridiculous".

"If Russia, or some other entity, was hacking, why did the White House wait so long to act? Why did they only complain after Hillary lost?" Trump tweeted earlier on Thursday.

In Congress, senior legislators are demanding a broad investigation and declassification of at least some of the secret CIA and FBI reports.