'America First does not mean America alone': Trump at Davos 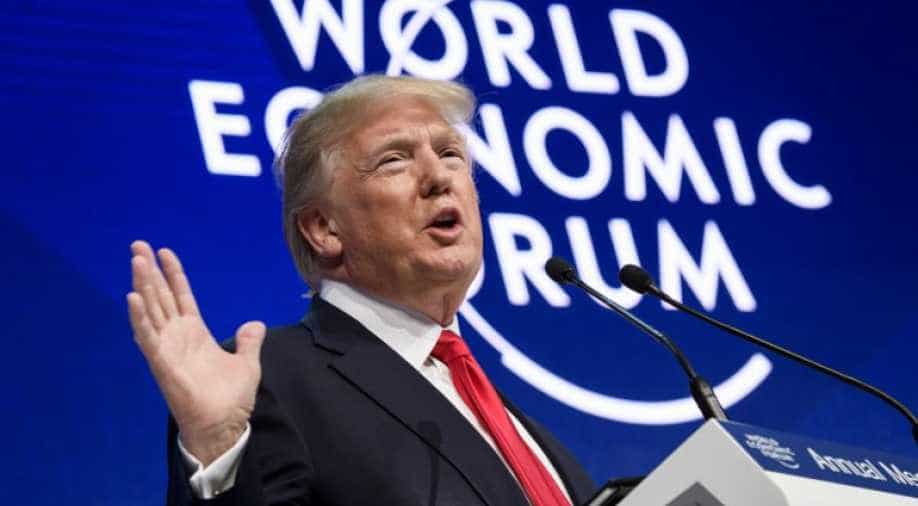 US President Trump delivers a speech at the World Economic Forum in Davos on January 26. Photograph:( AFP )

Trump told his audience of politicians and leaders of industry, technology and finance that the United States was more attractive than ever to foreign investment under his year-old presidency.

In his debut appearance at the ongoing World Economic Forum in Davos, US President Donald Trump on Friday offered "America's friendship and partnership" to the world, stating that "America First does not mean America alone."

The US President also told his audience that the though the United States was more attractive than ever to foreign investment under his year-old presidency, there could not be free and open trade if some countries exploited the system.

"We cannot have free and open trade if some countries exploit the system at the expense of others," the US President said.

"We support free trade but it needs to be fair and it needs to be reciprocal. The United States will no longer turn a blind eye to unfair economic practices," he said.

President Trump pitched a strong and prosperous America to the world and said the country was "competitive once again."

"The world is experiencing the resurgence of a strong and prosperous America. America is open for business and we are competitive once again," he said.

The US President, however, drew boos from the audience, when he attacked the media, calling them "vicious" and accusing them of reporting "fake" news.

"It wasn't until I became a politician that I realised how nasty, how mean, how vicious and how fake the press can be," Trump said, drawing boos from the hall where hundreds of delegates were seated.

The US President Donald Trump also informed that US-backed coalition forces had won back almost 100 per cent of territory occupied by the Islamic State in Iraq and Syria.