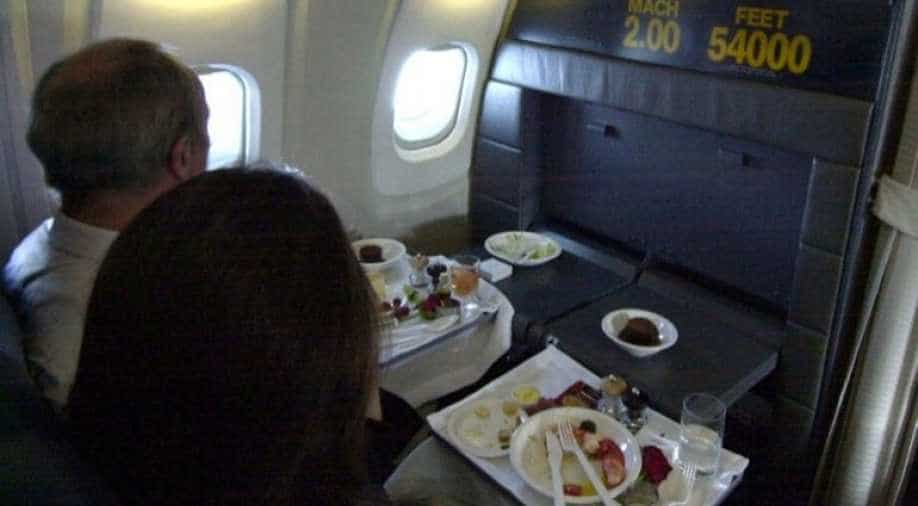 File Photo: Passengers get a view that many people will never see again, Mach 2 registered on the in-cabin flight details of Concorde. Photograph:( AFP )

IATA in its survey said flight meals accounted for thirty-three per cent of waste, followed by paper products which contributed 28 per cent.

According to the International Air Transport Association (IATA), each passenger produced 1.37 kilograms of waste aboard an aircraft in 2018 with an estimated amount of 6.7 million tons annually causing huge health hazard across the globe.

IATA in its survey said flight meals accounted for thirty-three per cent of waste, followed by paper products which contributed 28 per cent. Plastics led to 12 per cent of waste inflight, it observed.

The international transport body warned that waste could double in the next ten years due to a booming tourist industry worldwide leading to an increase in budget airlines with the number of passengers growing each year.

IATA said the waste produced by airlines was a whopping 29 per cent jump compared to 2016 which was reportedly 5.2 million tons.

Interestingly, according to a survey by Swiss bank UBS in the US, Germany, France and UK, one in five people had cut down on the number of flights over environmental concerns. Several airlines worldwide have been seeking ways to reduce their carbon footprint. British Airways, Australia's  Qantas, Air France and other international airlines have announced plans to reduce CO2 levels.

The report also noted the number of passengers has been growing each year at the rate of four to five per cent.

In its report, IATA called for cooperation between nations to address the problem of waste produced by airlines while pressing for regulations to fight the environmental hazard.