Airbus scraps A350 contract with Qatar Airways in feud 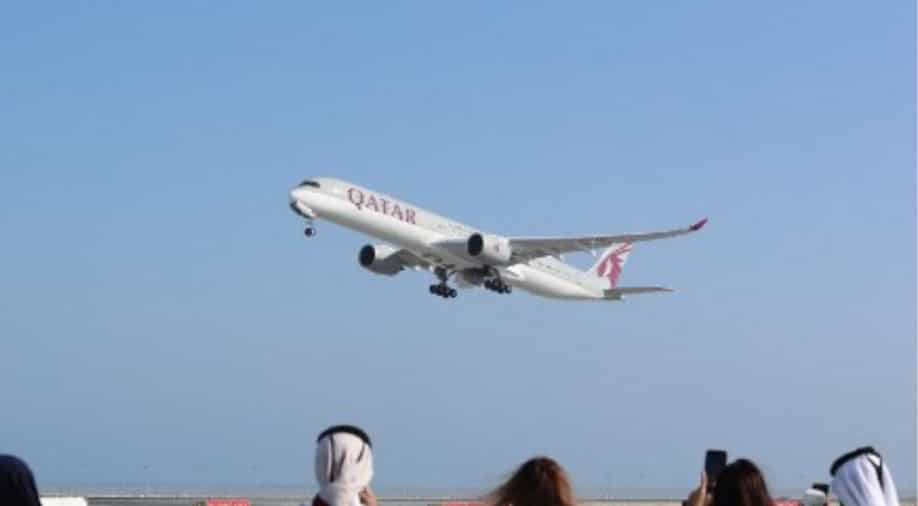 European aircraft maker Airbus has cancelled its contract to deliver 19 A350 planes to Qatar Airways, a source close to the matter said Wednesday, amid a feud between the two aviation giants.

Airbus had already cancelled a multi-billion-dollar order of 50 planes from Qatar Airways, a major customer, earlier in the year, over the airline's grounding of A350 aircraft.

Qatar Airways has been locked in a dispute with Airbus over degradation of the exterior fuselage surfaces on some of its A350 wide-body planes.

The issue has led the airline, one of the Gulf region's "big three" carriers, to ground 23 of the aircraft and not accept further deliveries from the European firm until the problem is resolved.

Qatar Airways claimed damages from Airbus amounting to $200,000 per day, per plane out of action.

The order for the 19 aircraft was worth seven billion euros at catalogue prices, though airlines are usually charged less for large purchases.

Neither Airbus nor Qatar Airways immediately commented on the cancelled order.

The airline and leading plane-maker have been fighting in the British courts for months over the paint problem.

Qatar Airways launched legal action against Airbus over the issue before the High Court in London in December, with Airbus vigorously defending the A350 against any suggestions the aircraft isn't safe.

Qatar's civil aviation authority grounded the planes judging the exposure of the metal mesh under the paint posed a safety risk.

But the European Aviation Safety Agency (EASA) found it posed no impact on the airworthiness of the aircraft.

In May, both sides said they hoped to reach a negotiated settlement.

Qatar Airways is demanding about $1 billion in damages over the peeling paintwork, which it says is a threat to the A350's lightning conductor.

After the airline last year grounded part of its fleet of A350s, Airbus responded by cancelling an order worth more than $6 billion for 50 A321s from Qatar Airways.

Airbus said that a clause in the contract for the 50 A321 planes allowed its cancellation if Qatar Airways failed to fully honour any of its other contracts, which the airline did by refusing to take delivery of A350 aircraft.

In January, an Airbus spokesman told AFP that the aircraft maker had "terminated" the contract for 50 single-aisle A321neo aircraft, "in accordance with our rights".

Qatar Airways chief executive Akbar Al Baker in June accused Airbus of acting like a "bully" over the dispute.

"A manufacturer must never be allowed to use their market dominance to bully their long-standing customer," he said at the International Air Transport Association annual general meeting in Doha.

Airbus chief Guillaume Faury, for his part, had said he was looking to talk to try to resolve the issue but acknowledged it was difficult.