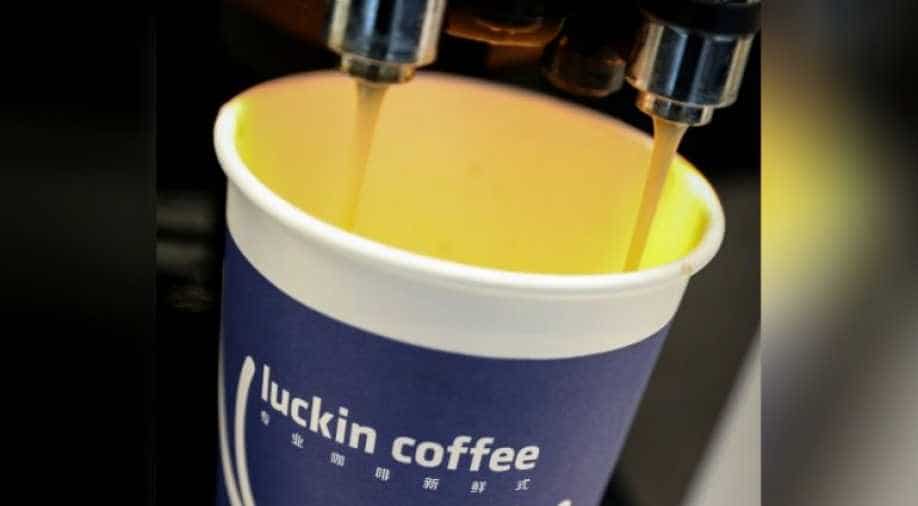 Luckin Coffee is being delisted by the Nasdaq stock exchange.

The Trump administration is taking aim at China's transparency, or the lack of it with focus on Chinese companies listing shares on US exchanges.

The US government is keeping an eye on Luckin Coffee. It is a Chinese coffee house chain that was founded in 2017.

In just a matter of three years, it has managed to exceed the number of Starbucks stores in China. In fact, just last year, in 2019 Luckin Coffee made a grand debut at the American stock exchange - Nasdaq.

The company's shares surged about 50 per cent on its debut. Now, Luckin Coffee is being delisted by the Nasdaq stock exchange. Nasdaq has cited "public interest concerns" for the delisting. It has mentioned a recent accounting scandal as the key reason.

A massive fraud was uncovered in the company's accounts last month. The company's sales for the second and fourth quarters of 2019 were exaggerated by $310 million. The company allegedly lied and faked transactions. A fraud that has come as a wake-up call for American investors.

The fraud has also proved to be fresh ammunition for the US government against China. Washington is now planning to impose tougher regulations on Chinese stocks. The US Senate is considering legislation that could bar several other Chinese companies from listing shares on US exchanges.

They want Chinese companies to stop raising money from American investors. Republican Senators are planning to submit the "holding foreign companies accountable Act" in the US Senate.

They have the support of some Democrats this time. The legislation is co-sponsored by Democratic Senator Chris van Hollen from Maryland.

It aims to achieve two primary things: Firstly, Chinese companies would be made to establish that they are not state-run or controlled by China in any way. Secondly, their transactions will be reviewed by an American accounting watchdog. Only after that, they will be allowed to raise money in public markets.

Some 600 Chinese companies are listed at the US stock exchanges. Most of these companies could be at risk of being de-listed if the legislation were to pass. America's message to Chinese cash cows is clear - show transparency or get delisted which has bipartisan support.

Both the Democrats and Republicans apparently want to set the record straight that they are both tough on China. The pressure continues on the Chinese regime.