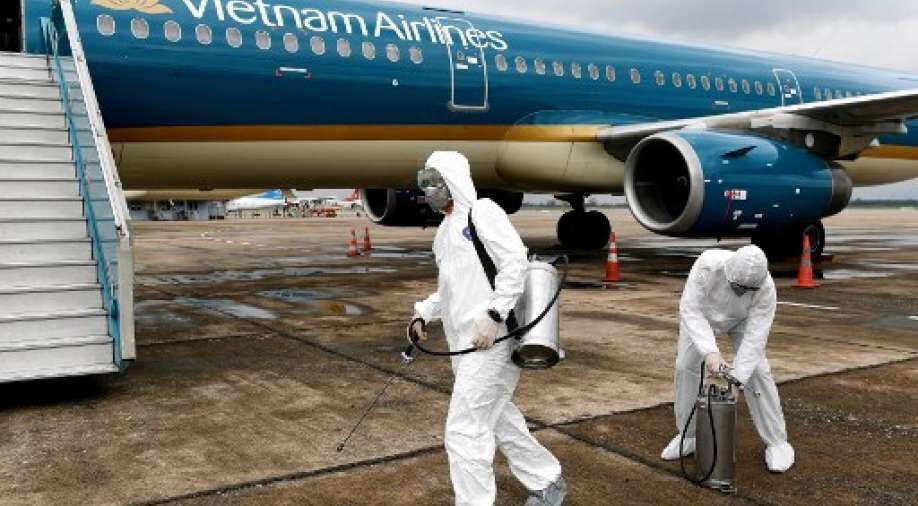 The temporary suspension of flights at Hanoi's Noi Bai International airport will remain in place until June 7.

Just days after Vietnam reported a "hybrid variant" of the coronavirus, the country's aviation body announced it will suspend inbound flights from abroad to capital Hanoi from June 1.

The temporary suspension of flights at Hanoi's Noi Bai International airport will remain in place until June 7. However, outbound travel will continue, reports said.

On Saturday, the country's health minister Nguyen Thanh Long had said that, "Vietnam has uncovered a new COVID-19 variant combining characteristics of the two existing variants first found in India and the UK."

Several areas in Ho Chi Minh city are under lockdown with Go Vap, Tan Phu districts and the industrial zones as health workers seek to ramp up testing amid new social distancing measures.

The country's authorities have banned dining in restaurants and allowed gathering of not more than ten people.

The country has witnessed a surge in cases with infections rising in several cities even as the country's health ministry said it was vaccinating workers in Bac Ninh and Bac Giang which were hit hard due to the virus.

Vietnam has reported 7,236 virus cases so far with just 47 deaths, however, last week it reported 235 new infections alerting authorities to the new threat.

The government has announced the setting up of a vaccine fund since just 1 million people have been administered the doses out of a population of 98 million.