After destroying the Bamiyan Buddha statues, Taliban attempts to destroy the historic bazaar nearby 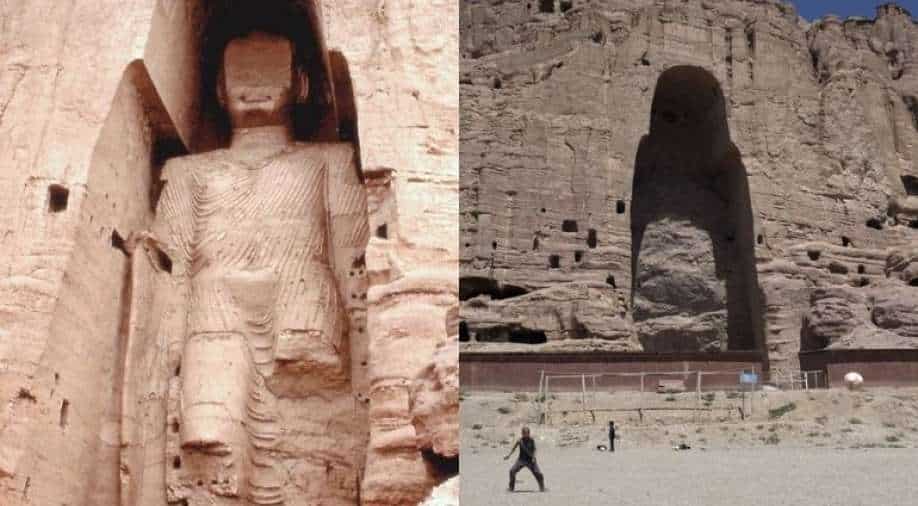 The terror outfit masquerading as the government of Afghanistan is looking to 'rebuild' a historic bazaar that was destroyed in 1990. However, experts are not pleased with the news.

More than two decades after destroying the Bamiyan Buddha statues in Afghanistan, the Taliban has now started construction work nearby the cliff, where the two giant statues once stood, to develop a tourism complex.

The terror outfit masquerading as the government of Afghanistan is looking to 'rebuild' a historic bazaar that was destroyed in 1990 when the civil war was at its peak in the country. Reportedly, the tourist complex will house guesthouses, restaurants, public toilets, parking as well as grocery and handicraft shops.

While the Taliban attempts to embrace modernity by building a new complex, some experts believe that the ruined bazaar itself is a historic site. Moreover, the bazaar could be sitting atop other ancient relics buried underneath it. Thus, by building new infrastructure, the Taliban may be doing a lot more damage to the site.

It is being reported that United Nations Educational, Scientific and Cultural Organization or UNESCO, which has been working extensively at the Bamiyan site for decades hasn't been consulted for the project. The UN agency said in a statement:

“Unesco has neither requested nor been associated with this project, which is located in the heart of the archaeological zone and could be problematic for the proper conservation of the world heritage site.”

When the Taliban regained power in Afghanistan last year, it charged as much as $5 from the tourists trying to reach the place where the statues once stood and look at the holes.

It is pertinent to note that the Bamiyan Buddhas were carved out of a stony cliffside in central Afghanistan's Bamyan Valley in the sixth century AD and stood around 180 feet tall for 1,400 years, until the Taliban blew them up with heavy explosives in 2001, just before the US invasion ended their brief reign over Afghanistan.