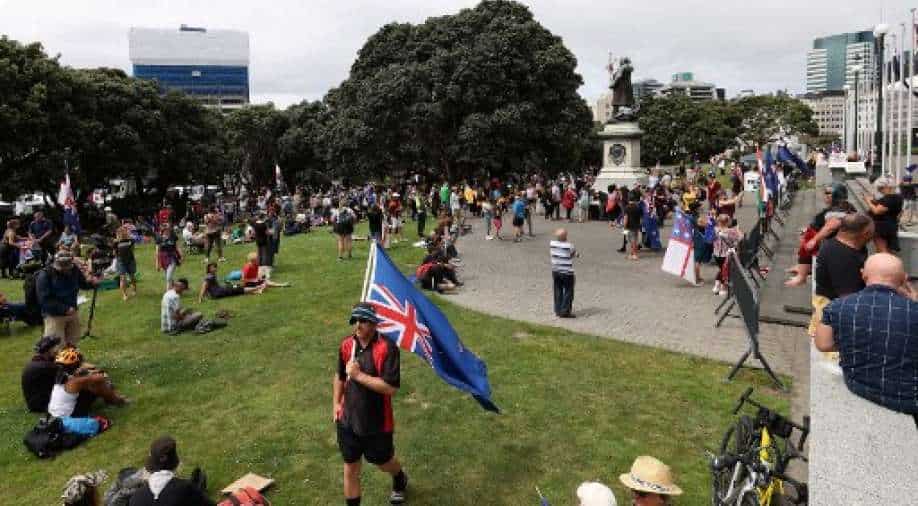 The demonstration remained peaceful, with police reporting no arrests or major incidents

Taking a cue from the Canadian protesters, a convoy of trucks blocked streets near New Zealand's parliament in Wellington on Tuesday to protest against Covid restrictions and vaccinations.

Raising banners with messages such as “give us back our freedom” and “coercion is not consent”, hundreds of vehicles were parked in the streets surrounding the parliament building.

According to reports, there were no arrests or major incidents as the demonstration remained peaceful.

However, it is unclear as to how long the protesters intend to remain parked in the city.

Prime Minister Jacinda Ardern, who was delivering a speech to lawmakers outlining her priorities for the year, chose not to meet with the protesters saying that the majority of the New Zealanders support the Covid regulations.

"Ninety-six per cent of New Zealanders have gone out and got a vaccination, which has enabled us to live now with fewer restrictions because of the extra protection that has provided," she told Radio New Zealand.

The government has made Covid vaccinations mandatory for people working in the health sector, law enforcement, education and defence.

As around 77 per cent of New Zealanders were fully vaccinated, Ardern promised that she won’t impose more lockdowns.

For more than a week, a “Freedom Convoy” of truckers has chocked the Canadian capital Ottawa, prompting the city authorities to declare a state of emergency.

After attacking the demonstrators last week, Canadian Prime Minister Justin Trudeau has been silent and remains at an undisclosed location in the National Capital Region, for reasons of security. Trudeau is also in self-isolation as he tested positive for Covid-19 on January 30.