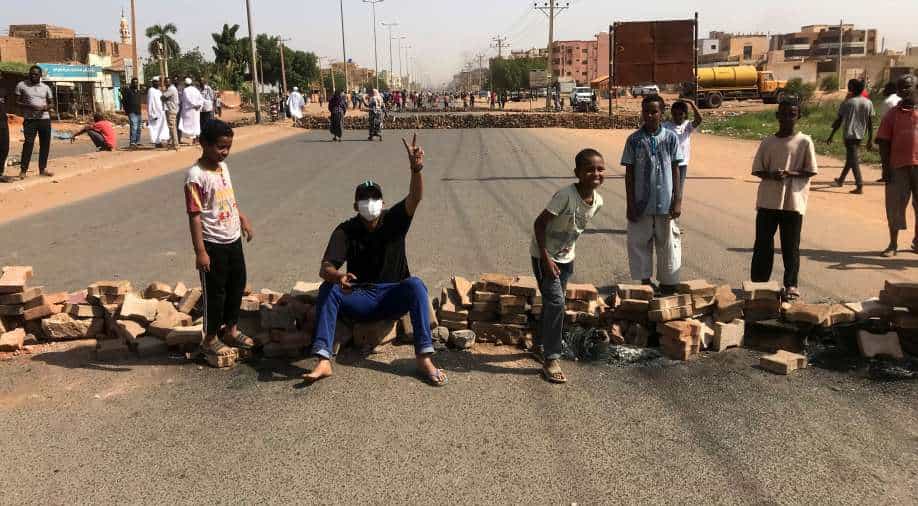 Protesters block a road in Khartoum after the military coup Photograph:( Reuters )

The military coup started by General Abdel Fattah al-Burhan in Sudan had led to clashes between the people and security forces as reports claimed pro-democracy activists were arrested.

After Sudan announced it had suspended inbound and outbound flights from Khartoum airport until October 30, the country's civil aviation ministry said today that the airport will resume operations from Wednesday.

PM Hamdok was released on Tuesday, however, he has been put under "close surveillance" even as the military imposed a state of emergency amid large scale protests in the country.

Meanwhile, the African Union announced it has suspended the country until civilian rule is restored while condemning the military.

Watch: Blinken speaks with PM Hamdok after his release

The military coup led to clashes between the people and security forces as reports claimed pro-democracy activists were arrested.

The military's move was condemned internationally as Norway, UK and US called for a face-to-face meeting with Sudan's PM Hamdok.

In a joint statement, they asserted that Hamdok is recognised as the prime minister along with his cabinet as leaders of the transitional government.

The protests continued to spread among various sections as state oil company workers and doctors declared they would be joining the demonstrations as key members of PM Hamdok continue to be under detention.