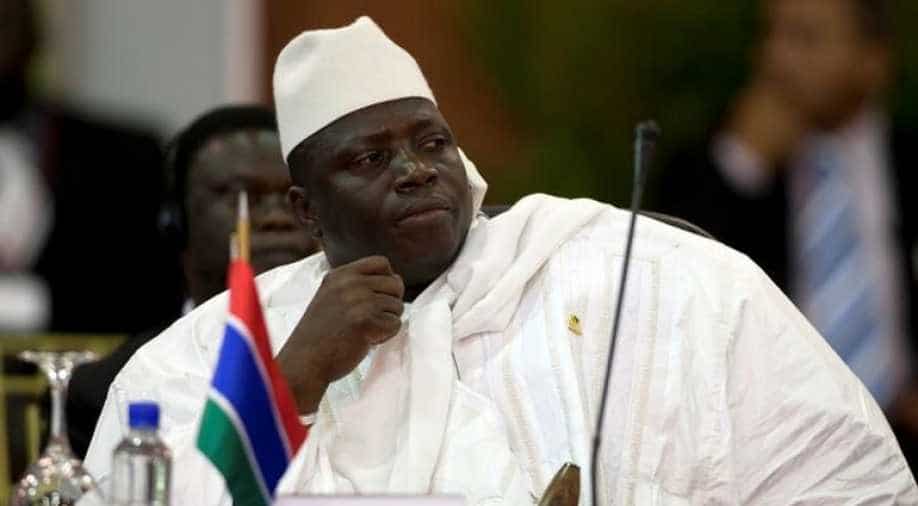 Gambian President Jammeh's term ended at midnight but he refused to step down despite losing the?election last month.? Photograph:( Reuters )

Mauritanian President Mohamed Ould Abdel Aziz made a last attempt to talk and form a deal with Gambian President Yahya Jammeh to end the political dispute.

Aziz backed by the 15-nation Economic Community Of West African States (ECOWAS) then flew to Senegal to meet with President Macky Sall.

Aziz had been talking with Gambian President-elect Adama Barrow and Sall at the airport in Dakar. About 30 vehicles with tinted windows then sped away from where the talks took place, Reuters reported.

Gambian President Jammeh's term ended at midnight but he refused to step down despite losing the election last month.

After weeks of failed diplomacy, west African states have been pushing Jammeh to vacate office and make way for Adama Barrow.

While Barrow maintains his inauguration will take place on Thursday, Jammeh remained in the country till 2330 GMT.

Senegalese and Nigerian troops were poised to move into The Gambia as Jammeh's army chief said Gambian soldiers will not stop their entry.

"If a political solution fails, we will engage."

Chief of Defence Staff, Ousman Badjie said "We are not going to involve ourselves militarily. This is a political dispute."

"I am not going to involve my soldiers in a stupid fight. I love my men," he added. "If they (Senegalese) come in, we are here like this," Badjie said.