A year after Mugabe's fall, Zimbabwe yearns for upswing 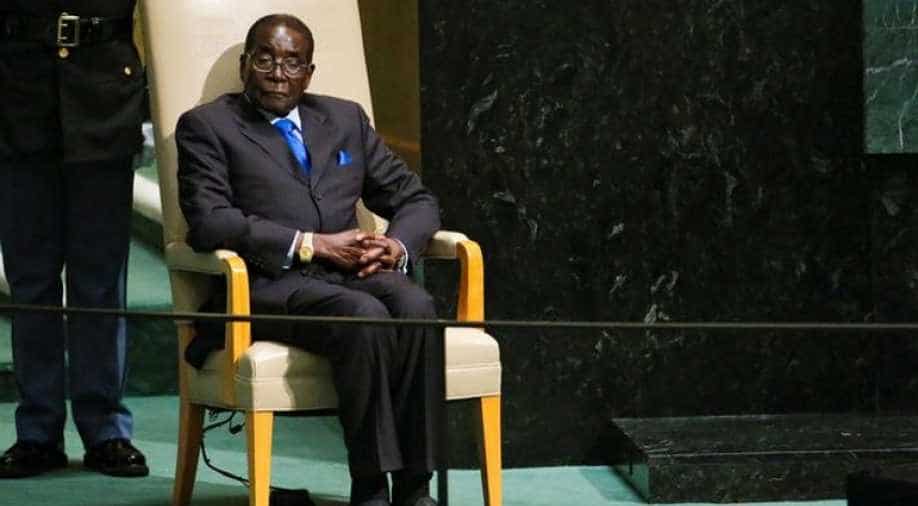 The march came after the military had briefly taken over, and days before Mugabe was forced from power on November 21 in what the veteran leader described as a coup d'etat.

Zimbabwean businessman Munya Chihota's face lights up when he recalls taking part in a march last year with tens of thousands of people calling for then-president Robert Mugabe to step down.

The march came after the military had briefly taken over, and days before Mugabe was forced from power on November 21 in what the veteran leader described as a coup d'etat.

"There was so much joy," 41-year-old Chihota told AFP, describing the outpouring of excitement as Zimbabweans waved flags and placards and sang songs urging an end to the nonagenarian strongman's 37-year hold on power.

"We were all there. Young, old, black, white. There was a collective sense of hope that, after the hardships we had endured as a nation, things were going to change," he said.

"The general feeling was that the system had to go."

But Chihota now looks back on those euphoric times with mixed emotions.

"Unfortunately only an individual and a few of his hangers-on were removed, and the system remained in place."

Mugabe, who held power since independence from British colonial rule in 1980, presided over Zimbabwe's decline from a regional power with huge potential, to a ruined country from which millions fled.

Many hoped his fall would mark a new era for the country and a re-birth of its economy, but Chihota says business at his plastic manufacturing firm is at its slowest since he started eight years ago.

"A lot of things have turned out bad," he said. "This is definitely not what we expected."

Finally last year, when he reached the age of 93, a long-brewing succession battle burst into the open.

The military, fearing that Mugabe's wife Grace, now 53, was being lined up to take over from him, sent tanks into the streets, seized control, and forced the president to resign.

The army top brass ushered in close ally Emmerson Mnangagwa, whom Mugabe had sacked as vice president weeks before.

Like Chihota, 24-year-old job-seeker Belina Mlilo recalls the heady days of Mugabe's ouster with a sense of growing disillusion.

Having marched for Mugabe's ouster, she now realises: "We made the mistake of thinking that Mugabe was the only problem."

"We were used as pawns in the fight between (ruling party) ZANU-PF factions and now they don't care about us."

Mlilo has been unemployed since leaving college six years ago.

Mnangagwa, who secured his hold on power by winning disputed elections in July, had pledged to revive the economy, attract foreign investment, and create jobs.

But the dire financial problems of the Mugabe era haunt the new reality.

Unemployment is estimated at over 90 per cent, and the economy has been cut in half since 2000 when many white-owned farms were seized.

Banks without cash, a government without money to spend, and inflation above 20 per cent in October -- Zimbabwe's suffering shows no signs of ending.

"We are still waiting for investors to come, for jobs to be created, and for prices to come down," said economist John Robertson.

"The president has made inroads by arresting some people who were guilty of corruption -- but the repercussions of (Mugabe's) policy decisions are still with us and the government has not changed that."

Shortages of basic goods have created a thriving black market, with some prices rising 200 per  cent in recent months. A litre of cooking oil can be sold for as much as $12 on the street compared to the retail price of $3.70.

Hopes that the July 30 election would mark a new chapter for Zimbabwe were quickly dashed when soldiers opened fire on protesters in Harare even before the results of the presidential race were announced.

The election result was also engulfed by accusations of fraud and opposition supporters and activists have since complained about constant harassment.

"If anything, things are getting worse," said Ibbo Mandaza, head of the Southern African Political and Economic Series Trust think-tank.

"Mnangagwa had the opportunity to redeem his reputation but this has not happened. The election shootings and the rigged vote blew away that chance."

"There has been pronounced freedom and democracy," party spokesman Simon Khaya Moyo insisted.

"The economy is also showing signs of growth with many foreign businesses interested in investing. We have had hordes of foreign tourists. Those are clear signs that things have changed."